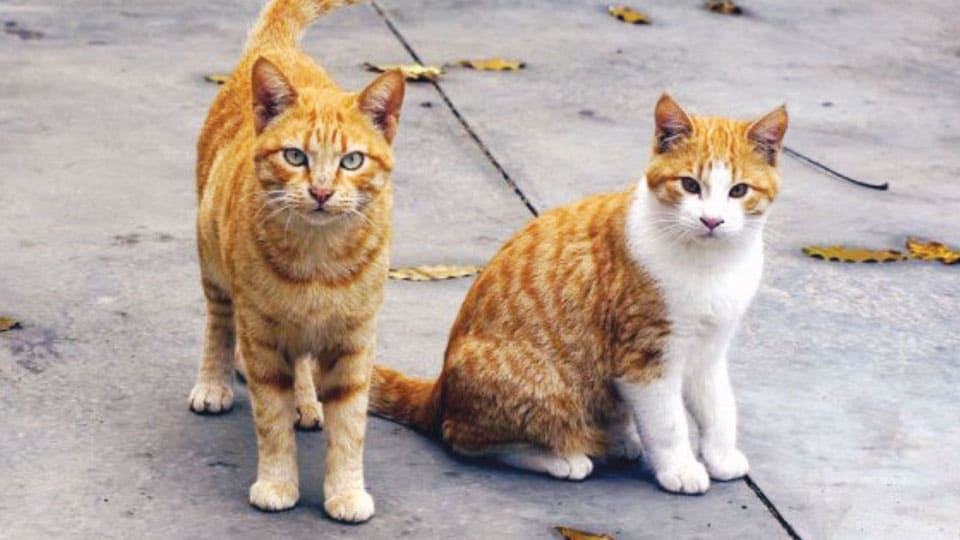 In this week’s Pet Talk, Maneka talks about cats’ adoption and its behaviour

Should you feed milk to stray cats?

The traditional image of a cat licking from a bowl of milk is a misleading one. While some cats may like it for its taste, many do not find it easy to digest cow’s milk and can have diarrhoea and/or vomiting from drinking cows’ milk. So, if the cat is doing well after drinking milk, it is probably okay. However, if it is an outdoor stray, he could benefit more from some good quality cat food that has the vitamins and nutrients that he really needs.

Why does my cat ‘chirp’ when it sees a bird?

Generally, cat chirping occurs when a cat is interested in, or provoked by, prey — a bird, a squirrel or even a laser dot. It’s more of an excited sound and less of a sound used to hunt. It seems to be universal to cats of all ages and breeds. It is possible that the chattering noises are due to excitement, that your cat might feel, at seeing the prey nearby and it can’t help but make some special vocalizations. Some research indicates that cats chirp as they try to imitate bird calls to make them come closer.

Why does my cat go crazy running around at night?

Because cats are nocturnal by nature, this is when they are most active. Cats spend a lot of time lying around during the daytime, but they do have energy to burn just like any other animal, and the racing around could be a way of burning that off. While younger cats obviously have more energy to burn, even older cats have been known to race around once in a while. Engaging your cat in a heavy play session at night, to exhaust your cat, could help it sleep throughout the night.

Running around could also be because your cat is hungry and wants your attention. Feeding your cat late in the night, before going to bed, can help you keep to the biological schedule of your pet.

Thirdly, it could also be because of an infestation or health challenge. If your cat’s midnight running around includes meows, it could be a result of a bite from a flea. This, consequently, can result in serious itching that may feel uncomfortable to your cat.

Running around in the middle of the night can also be a result of a skin disorder that worsens in the night and Feline Hyperesthesia Syndrome (FHS) is a well-known cause of this cat reaction.

This disorder results in an increase in general activity and makes the cat display some aggressive behaviours like attacking its own tail, self-grooming and self-directed pouncing, vocalization, or pupil dilation for some minutes. Hyperthyroidism in cats, which results from an increase in the production of thyroid hormones, is also known to cause hyperactivity.

Why is adopting two kittens/cats better than one?

It is often suggested to adopt two kittens, whether it is your first time adoption or an addition to your feline family. Here are few reasons why adopting a pair is better than one:

Fewer behaviour issues with two: Cats that have a playmate tend to be more socially well-adjusted and are less likely of being shy, frightened in the company of people they don’t know.

One kitten can become lonely: A kitten which is left alone can easily be bored and become mischievous. Two cats keep each other company and are likely to be calmer during your absence.

The two cats will wear each other out at night and not keep you up at night pestering you for attention.

The workload to care for two cats remains the same.

As the cats grow older, chances of them gaining weight due to lack of movement is lesser when they have a companion to play with.

What is the ‘wet dog smell’? How can I prevent it?

Some breeds of dogs have more oils in their coats than other breeds. The oil is called Sebum and it collects on the hair shaft and follicles to protect a dog’s skin from dehydration. When the dog gets wet, the oil and the water together create a bacteria which causes the unpleasant odour.

This smell can be prevented by proper drying your dog after bath. Towelling off the dog isn’t enough, the heat and force from a blow dryer penetrates the densest of coats and is a start to getting to the root of the problem. Buy good quality dog shampoos which are specifically designed to get deep into the fur, and root out those microorganisms and their by-products.

When can you take your puppy out for walks?

Vets recommend to wait until one to two weeks after your puppy’s last vaccination booster — usually at around 14–16 weeks of age. This precaution needs to be taken because the puppy’s immune system is still developing and they are vulnerable to contracting dangerous illnesses. It’s important to keep them inside until they completely vaccinated.