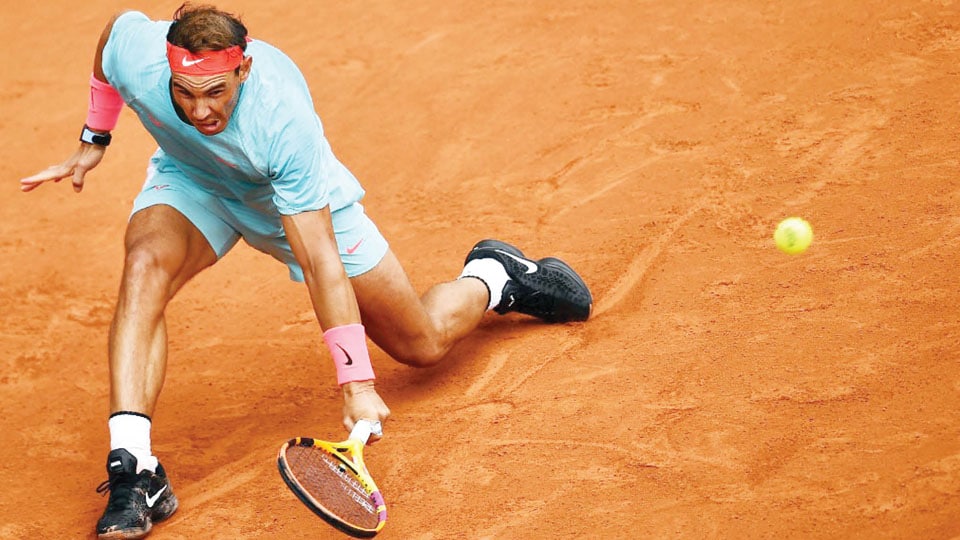 Hits out at “Dangerous” night life

Paris: Rafael Nadal reached his 13th Roland Garros semi-final early Wednesday with a straight sets win over Italian teenager Jannik Sinner but claimed it was “dangerous” to finish at 1.30 in the morning when the temperature had plummeted to 12 degrees (53F).

However, Nadal, more accustomed to the bright sunshine of Mallorca than the autumn chill of a French Open pushed back four months due to Corona pandemic, was unhappy with organisers who scheduled five matches on the main Court Philippe Chatrier.

“I know footballers play under these conditions, but they are all the time moving,” said Nadal after the latest-ever finishing match at the tournament. “We stop, we come back, we stop on the changeovers. I think this is a little bit dangerous for the body with these very heavy conditions.”

Nadal and Sinner only got on court at 10.30 pm after Schwartzman and Thiem had taken five hours to decide their quarter-final.

They also had to wait for another women’s last-eight tie to be completed.

“I don’t know why they put five matches on Chatrier. It’s a risk,” added 34-year-old Nadal who finished his news conference at 2.10.

Nadal will be playing in a 34th semi-final at the majors when he takes on Schwartzman at 9 pm (IST) on Oct. 9.

World number 131 Podoroska had never won a Grand Slam main draw match before the tournament and is the first Argentine woman to reach the last four of a major since Paola Suarez in Paris in 2004.