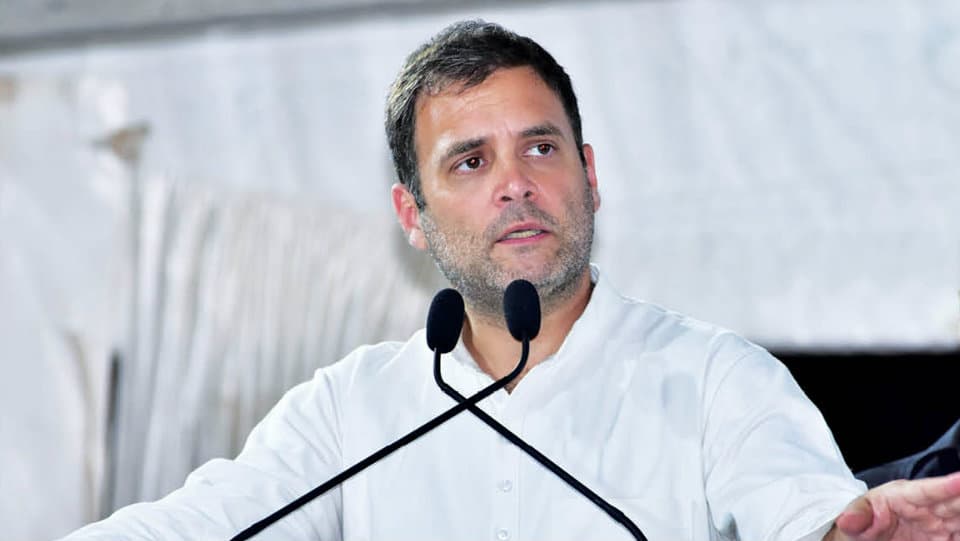 Rahul Gandhi, who reached here in a special flight at 10.45 pm on Monday and stayed overnight at a hotel near Kovalam, will leave for Pathanapuram in Kollam district to campaign for UDF candidate N.K. Premachandran.

He will land at St. Stephen College ground, in Pathanapuram, in a helicopter at 9.15 am and later leave for the public meeting venue. Thereafter, he will leave for Pathanamthitta to address a public meeting as part of the poll campaign for UDF candidate Anto Antony.

After the public meeting in Pathanamthitta, the AICC President will leave for Pala to visit the house of late Kerala Congress (M) leader K.M. Mani and console the bereaved family members.

Being a 13-time MLA, Mani, who had passed away recently, was the longest serving member of Kerala Legislative Assembly.

After a brief halt at Mani’s house, Rahul will leave for Alappuzha to campaign for party’s candidate Shanimol Usman. He will address a public meeting in Alappuzha Municipal ground at 3 pm.

Later, he will leave for Thiruvananthapuram to attend a public meeting at Central Stadium at 5 pm as part of election campaign for Congress Candidate Shashi Tharòor. After the public meeting, he will meet senior party leaders before leaving for Kannur tonight to attend a series of public meetings in Northern districts of Kerala on Wednesday.