Home » Columns » Rahul has an opportunity, but… 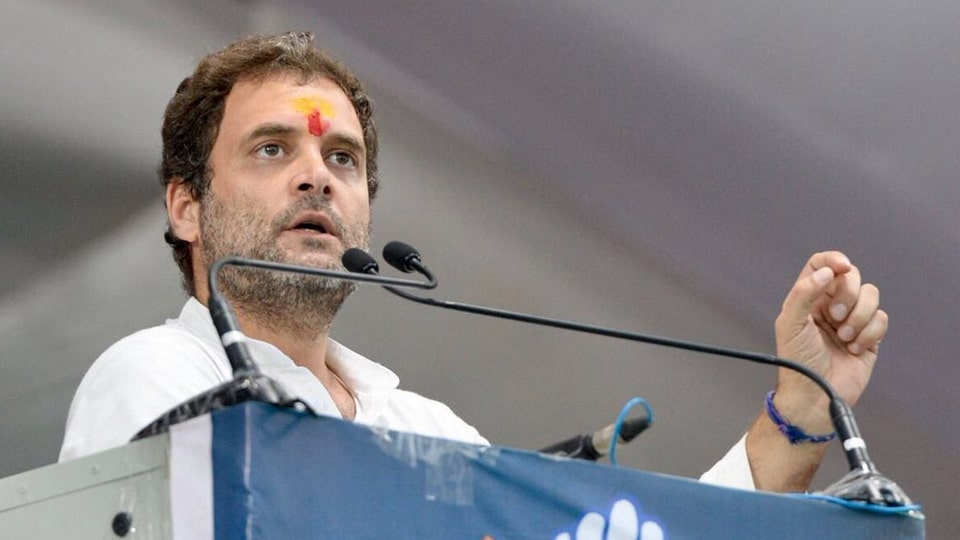 Rahul has an opportunity, but…

India deserves to get back to a state of equilibrium where the faiths that sustain people are not misused for petty political purposes.

Circumstances have brought about a change in Rahul Gandhi. More complex circumstances are forcing the Congress Party to change. Gujarat elections are the first of a three-stage test that will decide whether the Congress lives or dies (the others being Karnataka elections a year from now and then the general election.) The party is fighting bravely in Gujarat, and shrewdly, too, if the alliances with Patidars and Dalits are any indication. But is that enough to get the better of the richest party in the country? (Reports mention, not hundreds, but thousands of crores of rupees being brandished about. So much for the victory over black money.)

The Congress needs an internal revolution to survive. This is history’s revenge. As a national movement for Independence, it had earned the emotional backing of people en masse. Independence won, it should have wound up, as Gandhi advised, so that political organisations would have a level playing field in the new game of democracy. It chose instead to take unfair advantage of the afterglow of the freedom struggle, thereby becoming more equal than others. That advantage lasted only a few years. Then rot set in.

The undemocratic nature of dynastic rule made the rot spread fast. Rahul Gandhi’s ascent to yuvaraj status brought the Congress to its lowest ebb thanks to his absences and arrogance in the early stages. Recall his barging into a press conference and publicly downgrading his own party’s Prime Minister by tearing up an ordinance issued by the Government. It came as a surprise that the same man impressed audiences with his mature ways during his US visit in September. At 47, it was about time.

The flowering of Rahul Gandhi gives hope that his appointment as Congress President  (expected in December) may bring about the reforms the party badly needs. The first priority is to give the party a new energy with a set of young faces. This won’t be easy because every Congress leader above 60 is convinced that he deserves to be the Prime Minister of India. Note how P. Chidambaram objected when A.K. Antony’s name came up as a possibility for the Vice-Presidentship of the party. That Antony cannot unite even warring Congressmen in Kerala is as evident as the fact that Chidambaram does not have a single constituency in this vast and fertile country that he can consider safe. But nothing stops Congressmen from pulling down one another.

India is the only democracy in the world where the Indian principle of vanaprastha is unacceptable to politicians. Rahul Gandhi’s task is to bring in a New Guard without driving the Old Guard into belligerence. Some may resort to demonstrative vengeance by walking over to the BJP, but the new Congress President will do well to hold fast knowing that there is a mood change in the country.

BJP has been in power long enough for people to see the gap between word and deed at the government level. The Prime Minister holds forth on grand dreams, great principles and wonderful ideals. On the ground, the jobless turn desperate, farmers abandon all hopes, the middleclass go crazy over GST-Aadhaar idiocyncracies and, worst of all, a new criminality called lynching becomes part of a new patriotism. These sham patriots publicly call for the beheading of people they don’t like. The Government encourages them by not taking any meaningful action to put them down.

READ ALSO  Should Rahul be his Father’s Son ?

That all this is done in the name of Hinduism must be abhorrent to a great many Hindus, hence the change in the public mood. In all religions the fanatics compromise the faithful. Atrocities like the Spanish Inquisition made a mockery of Christianity in Europe. The murderous advances of fundamentalism violate Islam across the world. Sanatana Dharma had sustained its greatness until narrow political ends turned it into an electioneering tool. India deserves to get back to a state of equilibrium where the faiths that sustain people are not misused for petty political purposes.

The BJP will continue to use religion as a polarising force because obviously it is unable to do the right thing: Winning popular support through policies that make life easier for the people. That the public has recognised this reality is Rahul Gandhi’s opportunity. Across the country there is a growing realisation that something somehow must put an end to a culture that enables self-styled nationalists to offer rewards for cutting off an actress’s nose. It is a shame that we have a system that does not put such anti-nationals in jail.

2 COMMENTS ON THIS POST To “Rahul has an opportunity, but…”