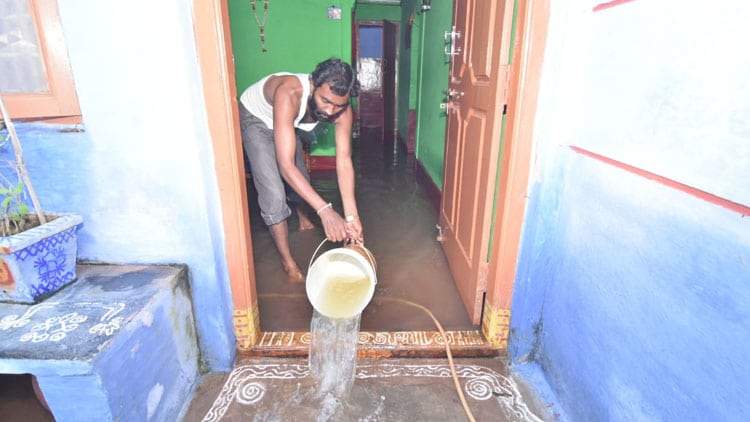 The rain, accompanied by thunder, lightning and strong wind, which began at about 7.30 pm, uprooted a tree at Vidyaranyapuram and brought down branches on Chamaraja Double Road, near Kurimandi in Kesare and other places across the city.

The Mysuru City Corporation’s (MCC) Abhaya team, which swung into action, cleared the tree and branches that had fallen across various roads and made way for smooth flow of traffic.

The rains clogged many drains and made manholes to overflow, which also resulted in sewage water entering houses in low lying areas especially at Bhyraweshwarnagar on Hebbal Main Road and Lokanayaknagar. It was a tough time for a few residents of these areas as they had to spend the entire night removing sewage water.

The rain that pounded the city on May 25 night has damaged one of the buildings of GSSS Institute of Engineering and Technology for Women, on KRS Road in city. However, no damage to the adjacent property or injury to any person has been reported, according to a press release from the Chief Executive Officer (CEO) of the institution.