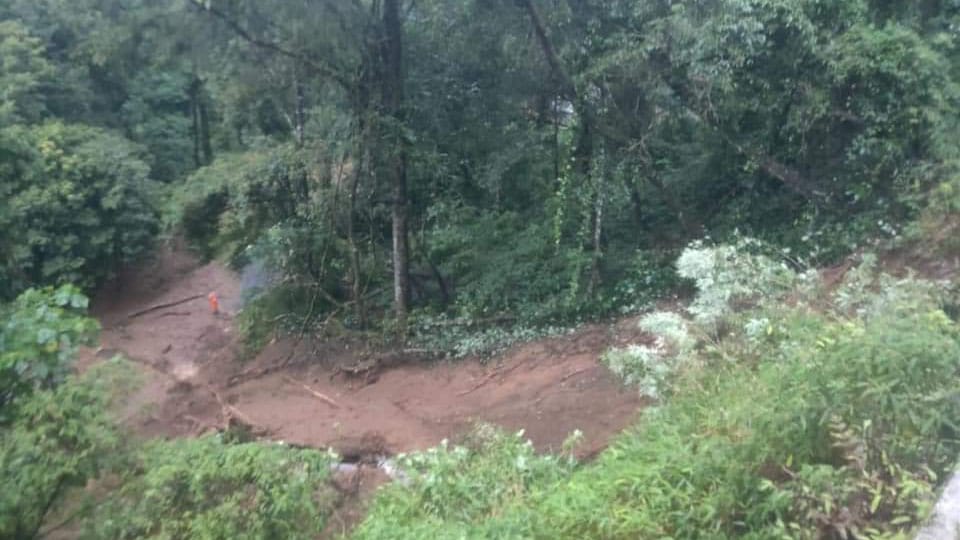 Madikeri: A Red Alert has been sounded in Kodagu as heavy to very heavy rains are expected in the next two days. The district has been receiving heavy rains since the last three days and there have been reports of landslides and rivers overflowing.

Kodagu Deputy Commissioner Annies Kanmani Joy, who heads the District Disaster Management Authority, issued the Red Alert and has asked people living in hilly areas to move to plains and be watchful about landslides.

Bhagamandala had recorded 135 mm rain till 8 am yesterday. Several minor landslides have been reported on the Madikeri-Bhagamandala route and also near Madikeri Akashwani.

In case of any rain-related emergencies and landslides, public can seek assistance by calling the District Control Room on 08272-221077 or 8550001077 (WhatsApp number).