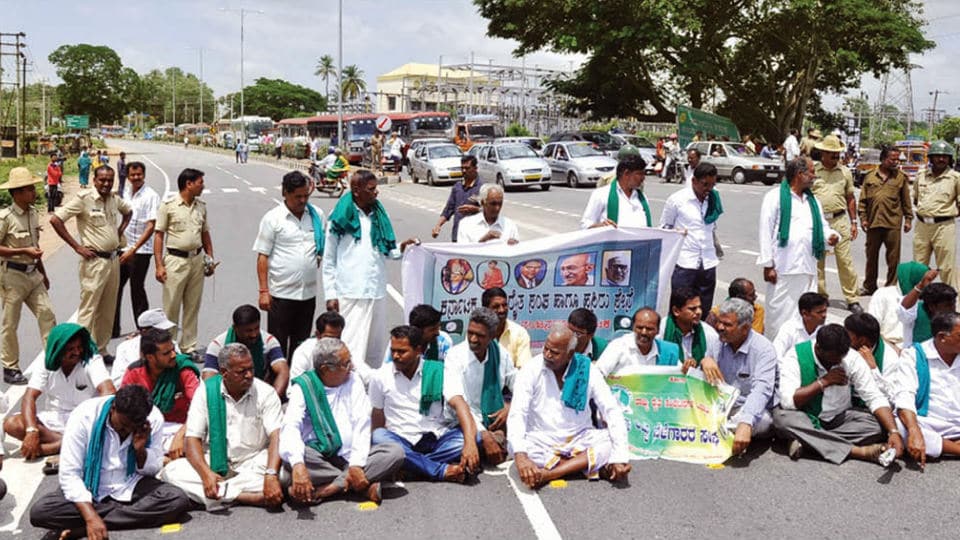 Nanjangud: Over 400 farmers staged a rasta roko this morning on Mysuru-Nanjangud Highway at Basavapura blocking the vehicular movement towards Mysuru and Tamil Nadu.

The protestors, who arrived at around 11 am, staged a dharna and shouted slogans against Chief Minister Siddharamaiah and Irrigation Department officials accusing them of releasing Kabini water to Tamil Nadu.

The farmers demanded the officials to instead release water to canals for agricultural needs of the farmers and threatened that they would not withdraw the protest until their demands were fulfilled. Following the protest, Cauvery Neeravari Nigama Executive Engineer Mariswamy rushed to the spot and convinced the farmers to withdraw their protest.