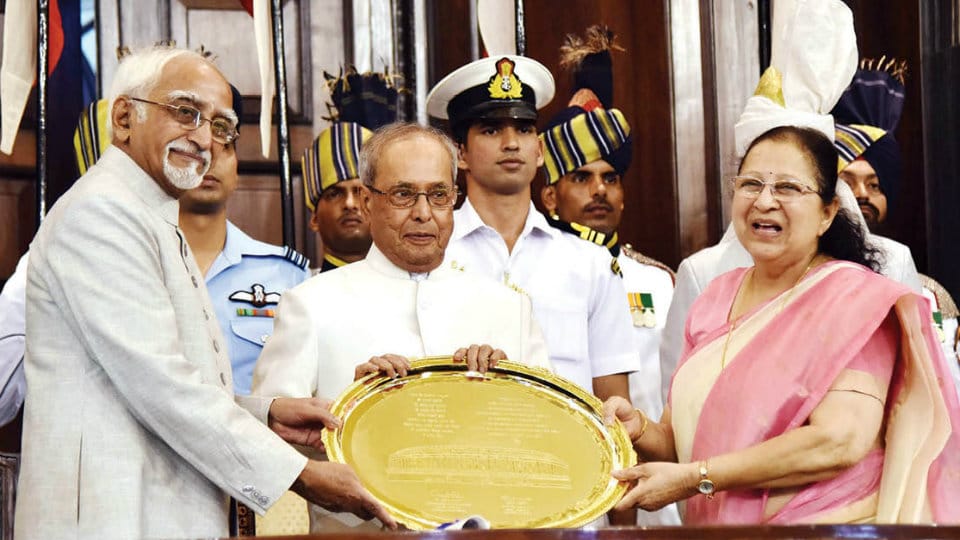 New Delhi: President Pranab Mukherjee will address the nation this evening before demitting his office. The address will be broadcast from 7.30 pm on the national network of All India Radio (AIR) and telecast over all channels of Doordarshan in English followed by Hindi versions.

The President was given a grand farewell at the Central Hall of Parliament yesterday. Pranab Mukherjee thanked everybody present in the Hall, most particularly the Parliament for ‘creating’ him and spoke about his warm association with Prime Minister Narendra Modi, while also lauding him for various “transformational changes.”

Meanwhile, the President-Elect Ram Nath Kovind will take oath on July 25 as the 14th President of India. Kovind is likely to visit Rajghat before entering Rashtrapati Bhavan. Kovind is the second Dalit to occupy Rashtrapati Bhavan after K.R. Narayanan and first BJP member to be elected as President.

The oath to the new President will be administered by Chief Justice of India. The President shall hold office for a term of 5 years from the date on which he enters the office. The President-Elect, on the morning of swearing-in day, will come to Rashtrapati Bhavan forecourt escorted by the Military Secretary to the President. Then the President-Elect and the incumbent go in a ceremonial cavalcade travelling in the same car to the Parliament. They are received in the Parliament by the presiding officers of the two Houses, that is the Lok Sabha Speaker and the Vice-President, who is also the Chairman of Rajya Sabha, and are escorted to the Central Hall.