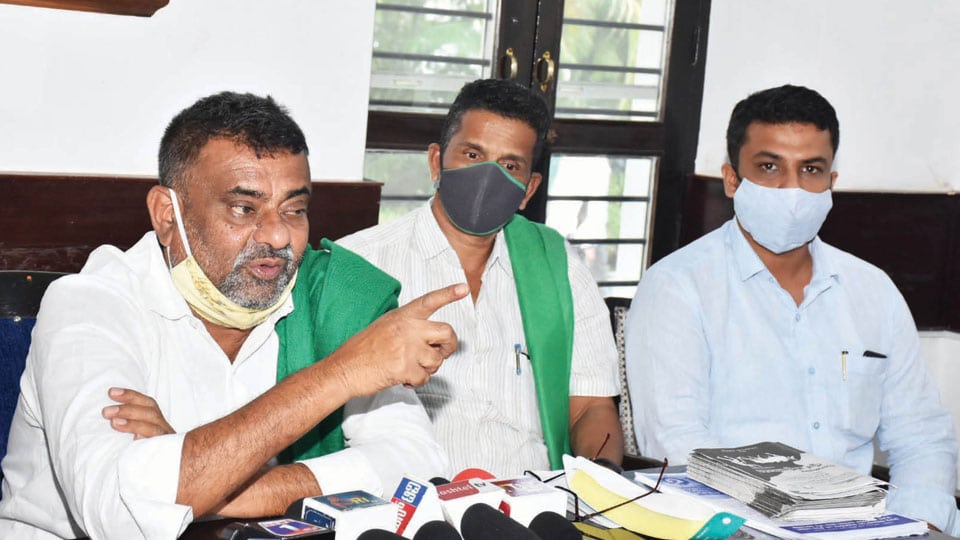 Addressing reporters here, he said that water was released into the Canal for agricultural activities even when the water level was 74 feet. Now, the water level in the dam was 94 feet. As the rainfall was not sufficient, the crops required water. The authorities should release water to protect the crops.

He sought managements of sugar factories to settle the arrears of the sugarcane growers for the cane supplied during the previous season. “The Government should announce the scientific price for the sugarcane produce,” he appealed.

Farmers would stage protests in Mandya, Belagavi and Bagalkote soon urging fulfilment of their various demands. The farmers would lay siege to the Vidhana Soudha if the demands were not fulfilled, he warned.

Karnataka Rajya Raitha Sangha staged a protest in front of Raj Bhavan in Bengaluru this morning demanding release of water to VC Canal in Mandya district.