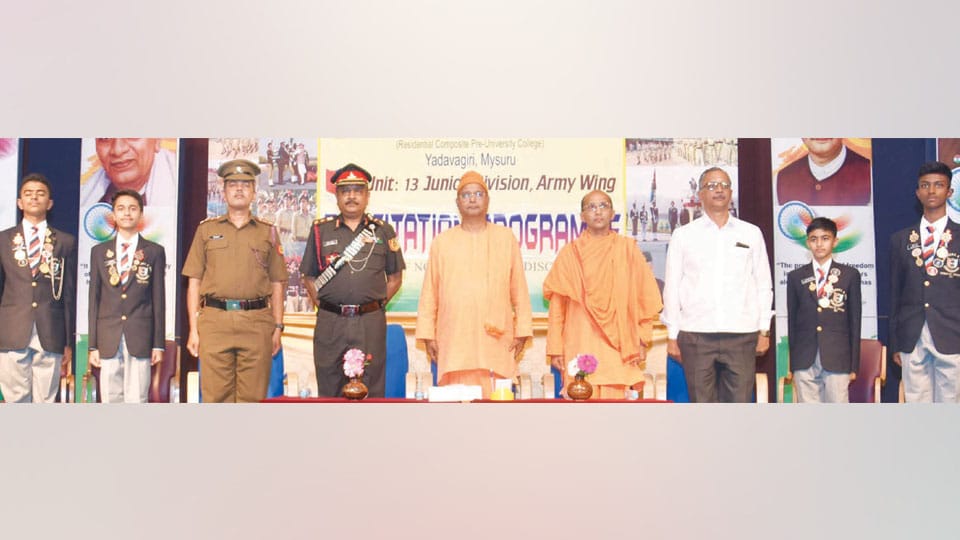 Mysore/Mysuru: Sri Ramakrishna (RK) Vidyashala, Yadavagiri, in city had organised a programme recently to honour the NCC Cadets of the Institution who had taken part in the Republic Day Parade in New Delhi and Thal Sainik Camp.

Col. Rajesh Kumar, Commanding Officer of 13 Karnataka Battalion of NCC, Mysuru, was the chief guest on the occasion.

The institution has also bagged Best Institution Award in Karnataka-Goa Directorate for the second consecutive year.

Sgt. Pragyan Sharma has received the Silver Medal in the Best Cadet category in the country.

In the past 10 years, a total of 15 Cadets of the institution have taken part in the Republic Day Parade being held at the National Capital.