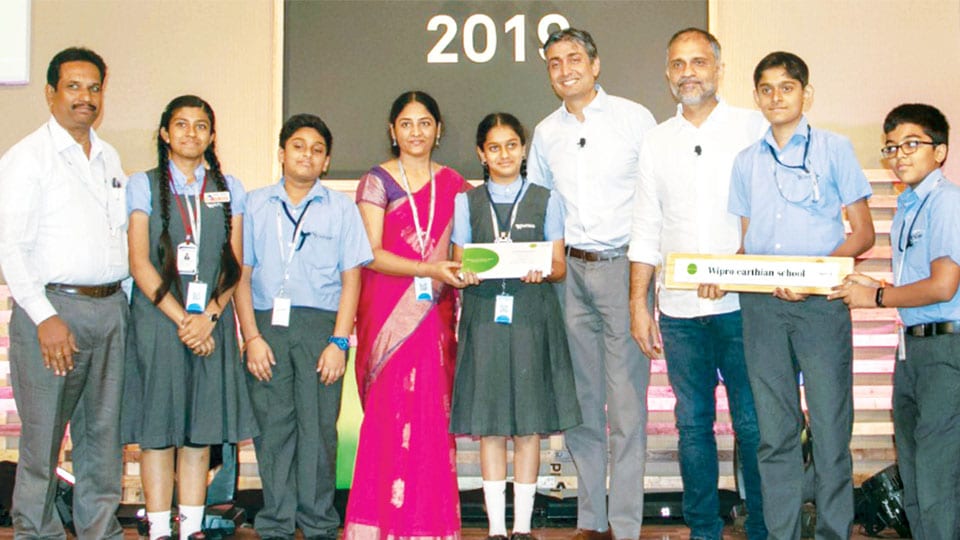 Mysore/Mysuru: City’s Kautilya Vidyalaya emerged as one of the winners for ‘Wipro Earthian Awards 2019’ for sustainability efforts of students. Over 55,000 Schools from across the country were part of the programme.

Ten Schools and eight Colleges were selected for the Annual Wipro Earthian Awards for 2019, which were presented on Feb. 8 by Wipro Chairman Rishad Premji, son of former Wipro Chairman Azim Premji.

The selected School teams had to demonstrate their understanding of biodiversity, waste and water through a combination of activity-based learning programmes and essays.

The students were mentored by teachers Roopa, Krishna, Nivedita and Paul.