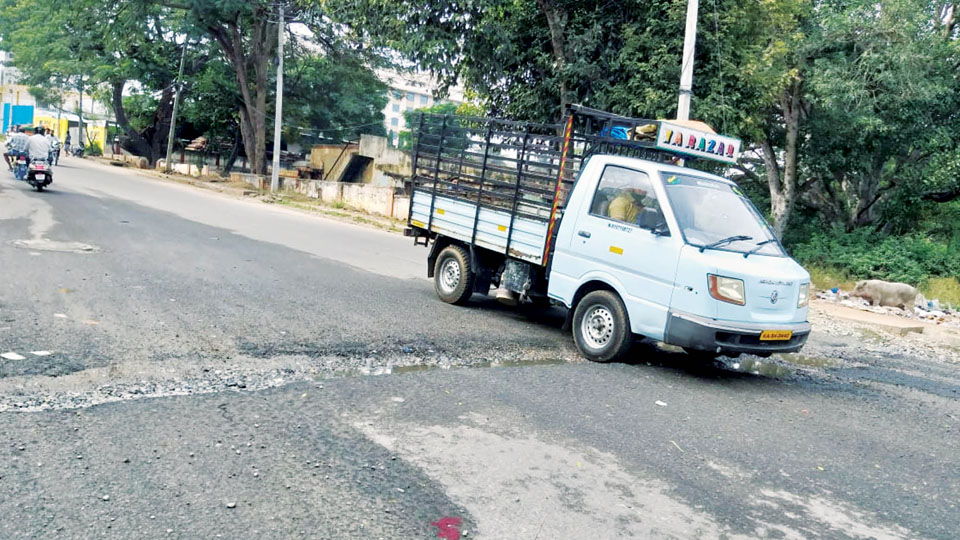 MCC is watching; Both Public and Govt. agencies will be penalised

Mysore/Mysuru: The Mysuru City Corporation (MCC) Commissioner’s strict warning against road-cutters is taken with a pinch of salt with different agencies damaging the blacktop and concrete roads in the name of repair or laying new pipelines.

MCC Commissioner Gurudatta Hegde’s warning came in the wake of complaints from citizens regarding unauthorised cutting of asphalted roads to lay underground power cables, water and UGD pipelines without permission. The road-cutters are not only individuals but are also certain Government agencies. They cut the road and leave it without filling it. Even the MCC Area Inspector or Engineer do not bother to penalise such individuals.

Recently, an individual had cut Vivekanandanagar- Manandawadi link Road in Kuvempunagar to take UGD connection. Roads are usually dug during night that too on weekends to hoodwink officials. In Kuvempunagar incident, though the local officer was informed about illegal cutting of road, no action was initiated, alleged Nagendra, a social worker.

Nagendra said the MCC asphalts roads out of tax-payers money but lower rank officials connive with private persons and allow them  to damage roads. Ultimately it is the general public who are put into hardship.

Construction activity has picked up following decline in COVID-19 intensity in city. It has come to my notice that some private individuals are cutting roads to take new connection for water, electricity and UGD. MCC is not getting revenue by the way of road-cutting fee due to involvement of some lower rank officials. Stern action will be taken against private persons and guilty officials.”— MCC Commissioner Gurudatta Hegde