Home » Editorial » Robots, AI and Engineering graduates to fight it out 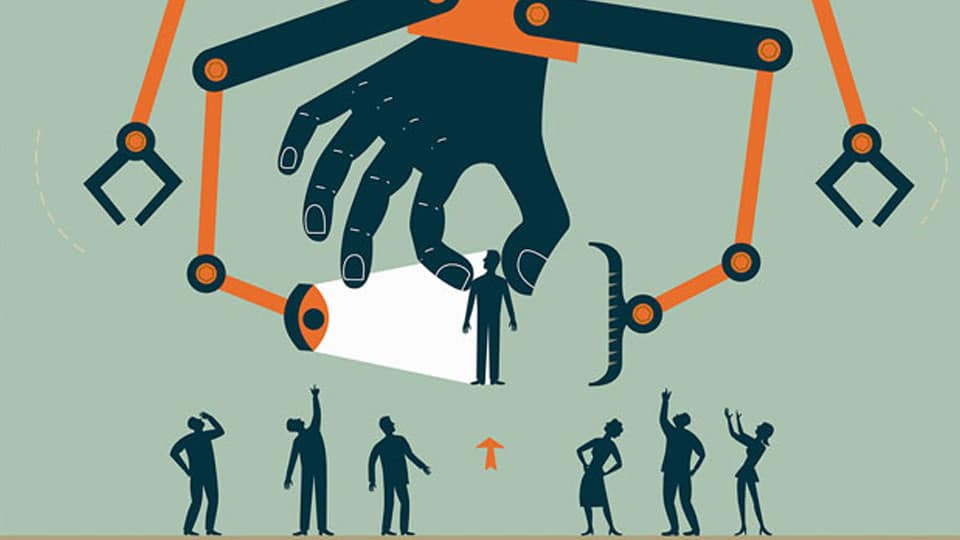 Robots, AI and Engineering graduates to fight it out

Days of describing India as an agrarian economy are coming to an end at an unprecedented pace year on year. Given the steadily declining share of the land’s industry sector to its annually created wealth, one cannot be faulted to question the view that India is a growing industrialised region of the world. In the meanwhile, the service sector, drawing its strength from the other two sectors, is not only hogging a major share of the country’s Gross Domestic Product (GDP) but also heading for providing livelihood to more people with multitude of backgrounds than the other two sectors, certainly not a good feature of the health of the economy that can sustain itself on its own, both in the short run but also for long. In this context, firstly the current trend of gen next not inclined to till the soil and secondly the large annual addition of engineering graduates to the existing mass facing low rating for their employability by the industry sector have proved a double whammy bugging the government.

The opportunities for a livelihood are in a slow lane compared to both the rate at which the population is expanding and the numbers of graduates from the hundreds of Universities and thousands of colleges across the country are producing more job-seekers than job-givers (entrepreneurs), the gap between the two yawning wider as time passes.

The measure taken by the government, called the Rural Employment Guarantee Scheme, aimed at inducing the rustics not to rush to urban spaces in search of a livelihood has not worked towards even partial success these past few years, mostly due to the official machinery’s uncommitted involvement in implementing the programme. The government is clueless about any measure that can productively harness the trained engineers in the now-closing engineering colleges across the country. According to a report in a section of the press last week, Automation and Artificial Intelligence (AI), continuing the dominating presence of digital technology, are coming in a big way resulting in making human presence in sites of all economic activities redundant, which means not only reduced opportunities for jobs to the engineering graduates but also loss of jobs on a massive scale to the already employed graduates.

A non-profit organisation called Indo-Universal Collaboration for Engineering Education, started nine years ago, is learnt to have taken an initiative to address the concern of inadequate employability skills of graduates. The initiative augurs well both for the system producing engineering graduates in the country and also for the nation’s growing economy.

Editorial
MCC to relocate pigs to city outskirts in a phased manner
Think of ways to save ‘God’ from the clutches of Rightists: Prasanna