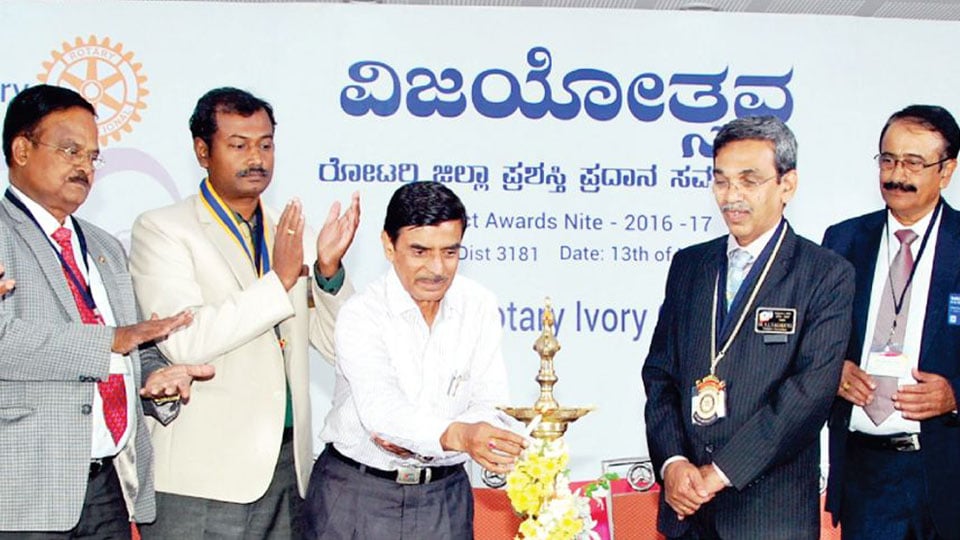 Mysuru: At a glittering function held on Saturday last at a private hotel in city, awards were presented to various Clubs of RI District 3181 to recognise and appreciate the efforts of Clubs in serving the society in several spheres.

Over 400 delegates witnessed the colourful event hosted by Rotary Ivory City Mysuru; a young Club that was chartered only 18 months ago.

Chief guest M. Mallikarjuna of JSS Mahavidyapeetha spoke eloquently on the importance of serving the community selflessly and brought out examples of philanthropic individuals who excelled in the art of ‘Giving.’

Presiding over the function, District Governor Dr. Nagarjuna reminisced the Rotary Year 2016-17 and expressed satisfaction at the level of activities of all the Clubs that brought laurels to RI District 3181. He congratulated the winners of the awards and urged for the continuation of the ‘Spirit of Serving.’