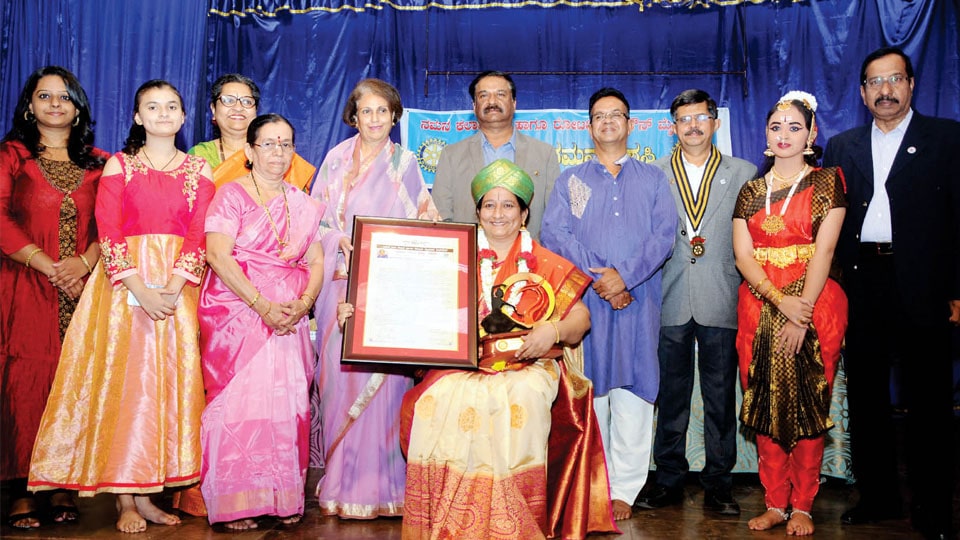 Speaking on the occasion, Pramoda Devi Wadiyar, who was the chief guest, opined that cultural activities were more in the South than North India. She said that more thrust is being given for education in the South.

She clarified that dance was the only form of art which has a much broader spectrum starting from drawing rangoli to any other small forms of art. She contended that people blessed by Goddess Saraswati have become achievers.

Speaking after receiving the  award, Kripa Phadke thanked the organisers for honouring her. She opined that whatever learnt from the society should be given back through teaching which she picked up from her Guru. She added that the honour had increased her responsibility further.