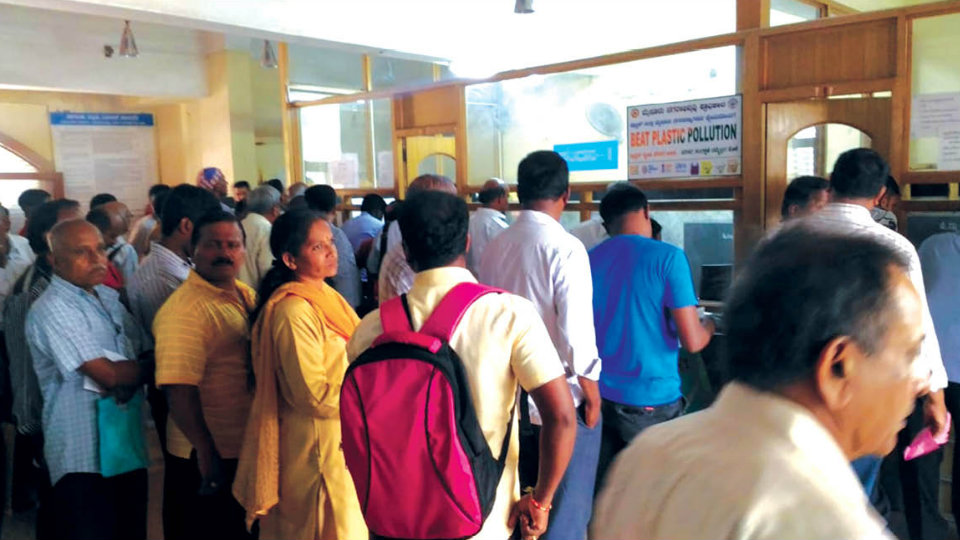 Mysuru: There is a mad rush at the Mysuru Urban Development Authority (MUDA) Spandana Counters and Vijaya Bank MUDA branch at the same premises, as people are queuing up to pay property and house taxes.

As this is the last month, people who own property in the MUDA limits have come forward to pay the taxes. They have to show the tax paid receipt of the previous year and stand in one of the four Spandana Counters and get the challan. Since it is the last week of the month, there is more rush and hundreds of people are queuing up at the counters. After getting the challans it is a common sight to see that they again have to stand in the queue in the Vijaya Bank branch in the MUDA office itself to pay the tax.

April and May are the months when taxes are paid and as a result there is more rush. Since the Urban Development Act that is applicable to the MUDA properties, there is no scope for offering any rebate, he said.