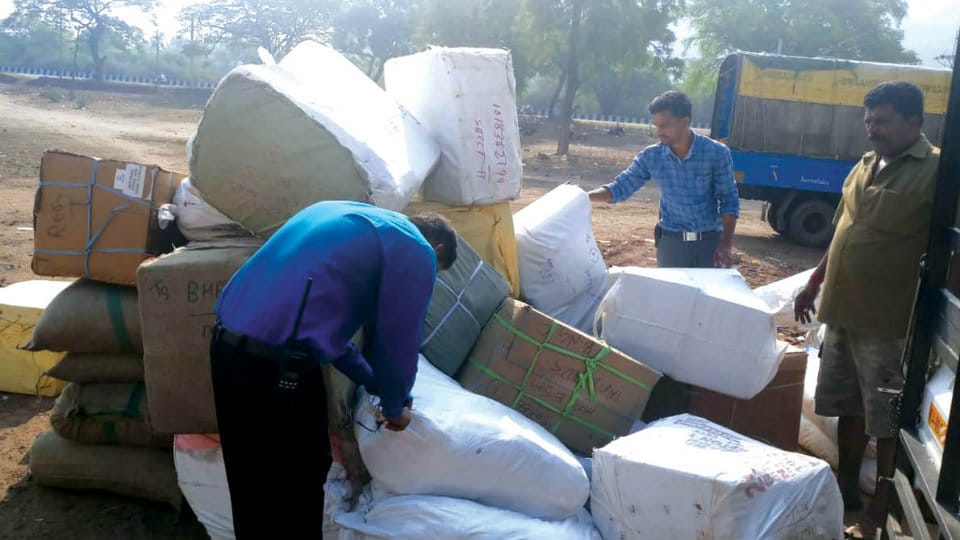 Mysuru:   Many shops across the city, which were selling plastic carry bags despite being a ban on selling these items were raided by the officials of Mysuru City Corporation (MCC) yesterday and a total of about 90 kg of plastic carry bags have been seized from the shops.

Acting on a tip off, the MCC officials comprising Environmental Engineer Mythri, Health Inspector Yogesh and staff, who were led by MCC Health Officer Dr. Nagaraj, raided shops at Mannars Market in Shivarampet, shops at Nanjumalige in MCC Zone 2 and other places and seized the banned plastic carry bags weighing about 90 kg. The MCC officials have issued warning to the shopkeepers not to sell the banned items in future, failing which stern action would be initiated against them (shopkeepers).

Dr. Nagaraj said that they as the officials were held up with the recently concluded election works, the shopkeepers had begun selling the banned items and we had received information about it.