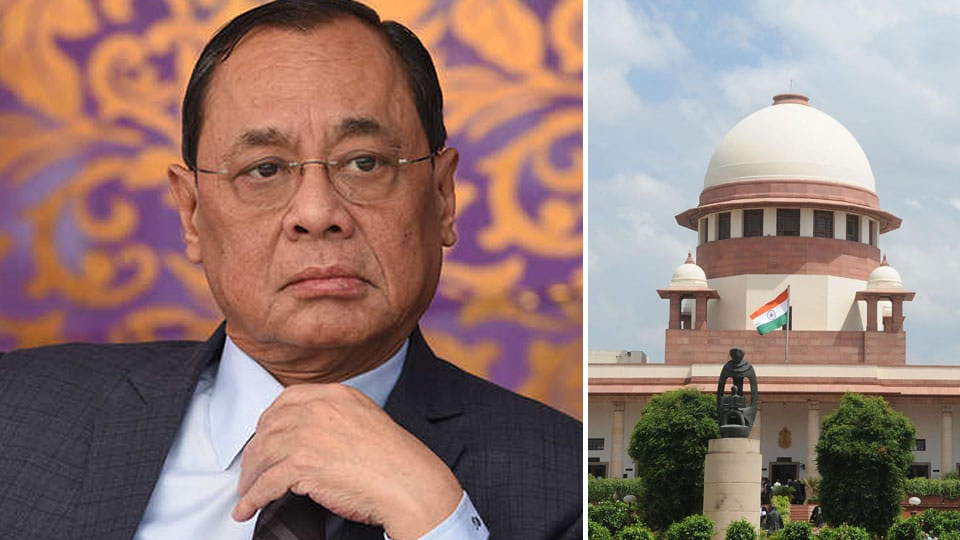 New Delhi: The Supreme Court has appointed former SC Judge A.K. Patnaik to head the probe into an alleged conspiracy to frame Chief Justice of India (CJI) Ranjan Gogoi in a sexual harassment case. The Court has asked the chiefs of CBI, Intelligence Bureau and the Delhi Police to assist in the probe.

The probe was ordered after lawyer Utsav Bains alleged that the CJI was being targeted by “bench fixers” and disgruntled employees as he sought to put an end to the ‘cash for judgment’ racket.

The Apex Court said that on the completion of inquiry, Justice (retd.) Patnaik will file a report in a sealed cover before the Court after which the matter will be heard again. It also rejected the claim of privilege raised by Bains and has directed him to divulge all information regarding the issue to the inquiry panel.

Asserting that powerful people can’t and will not be allowed to run the Top Court, a three-judge Bench led by Justice Arun Mishra said that time has come to act against them. “The day has come to tell the rich and mighty that they cannot run the SC. They are playing with fire,” the Court said.

Bains had alleged on Wednesday that two former court masters, sacked for tampering an order in a case related to Anil Ambani, were involved in the plot to frame the CJI together with the female court staffer. Yesterday, he handed over to SC Bench hearing the case a sealed envelope, apparently containing an affidavit to corroborate his charges.

The hearing in this case is being held parallel to the in-house inquiry on the allegations against the CJI, leading to several women lawyers, including senior advocate Indira Jaising, to voice concerns that it could prejudice the proceedings in that case. But the Court has said that the case regarding the “wider conspiracy” will continue and it will not affect the in-house inquiry.

Justice Mishra asked, “What’s going on in this country? People in this country should know the truth.” Bains in his affidavit filed on Tuesday had also named Naresh Goyal of Jet Airways, claiming there was an attempt to fix a Court Judgment in his favour but the attempt was unsuccessful.