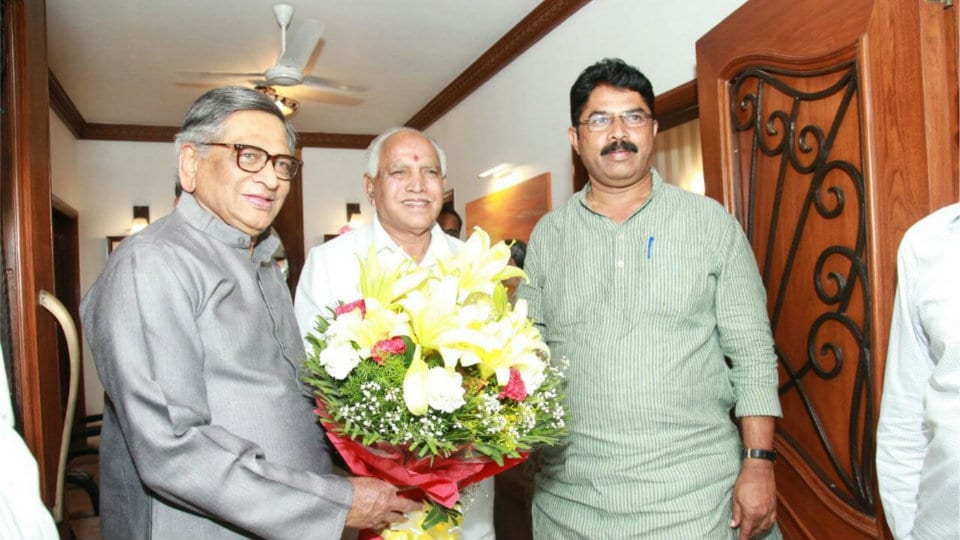 Former Chief Minister and former External Affairs Minister S.M. Krishna, a senior leader who quit the Congress recently, is likely to join the BJP on Mar. 20.

Former CM and State BJP Chief B.S. Yeddyurappa, who met Krishna at the latter’s residence in Sadashivanagar here yesterday, held talks with the senior leader for over an hour in this regard.

Krishna is likely to be inducted into the party in the presence of BJP National President Amit Shah at a public meeting to take place at a convenient date in Bengaluru after the Assembly poll results of five States are declared on Mar. 11.

Even as Krishna is all set to join the BJP, more than 21 Congress Legislators and an MP are said to be in touch with him.

These Legislators considered to be close to Krishna, will quit the Congress months ahead of next year’s Assembly polls and follow their leader in joining the BJP, which has reportedly guaranteed them the ticket, it is learnt.

bjp SM Krishna
Should Gods be cheaper than a luxury bungalow, cost less than a wedding? A tale of Emperors
Boy’s death: Parents protest before hospital