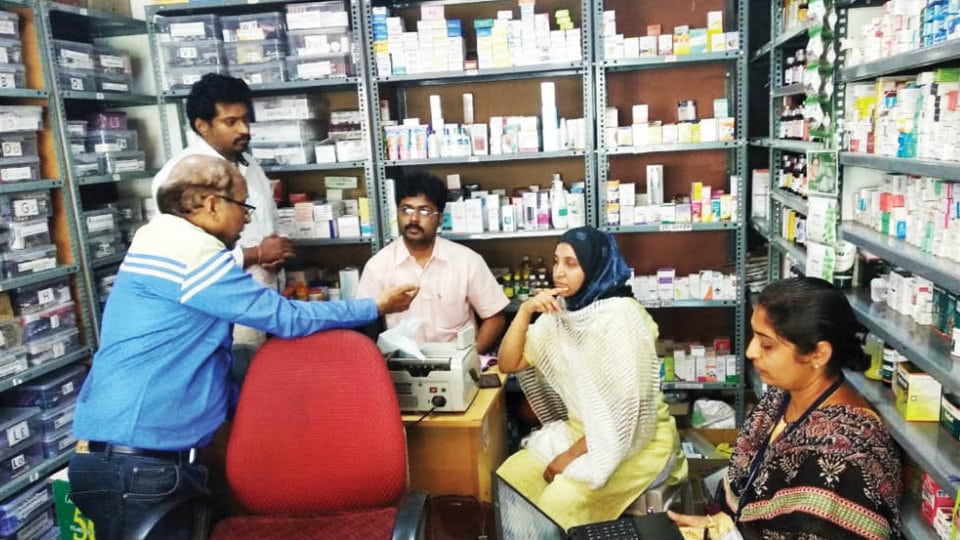 Mysuru/Mysore: Drug Controllers have imposed a fine of Rs. 20,000 on four medical stores which were selling masks and sanitizers above the Maximum Retail Price (MRP) and cases have been registered against the owners of the four medical stores yesterday.