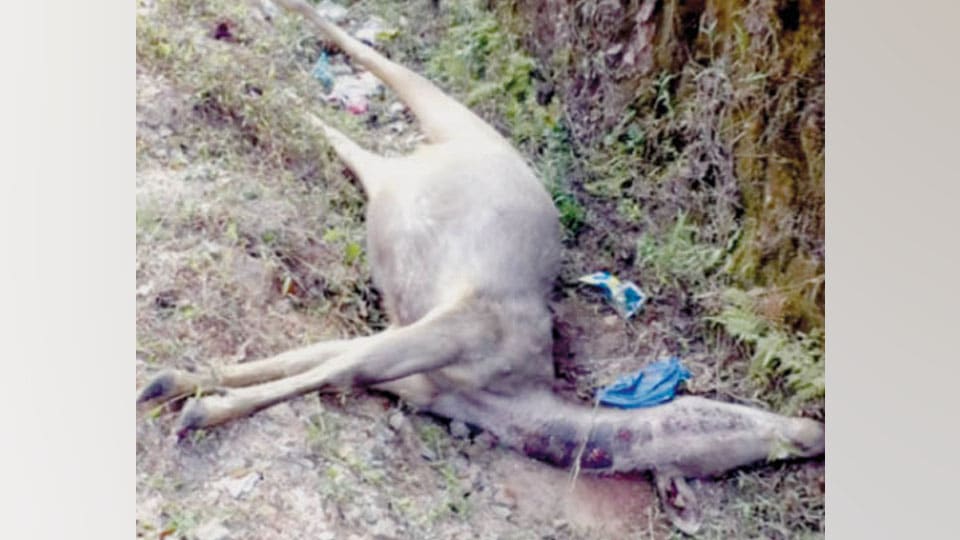 Madikeri: A Sambar, aged about five years, which was grazing in the forest, died after being electrocuted when it accidentally came in contact of a live power line near Aranya Bhavan at Madikeri East Reserve Forest.

Madikeri Zone Conservator of Forests Nehru and staff rushed to the spot and conducted an inspection. Officials said that the power line passing next to the forest was the reason for the Sambar to be electrocuted.

Burn mark was found at the neck of the animal and there was no bullet injuries found on the body. DFO Manjunath said that post-mortem would be conducted first and further action would be taken. He said that the population of Sambar had increased at various forests in the district and added that four tigers have been caught on camera traps installed by the Forest Department.

As there in no human activities and hunting in the forests, the population of wildlife has increased, he said and added that he would inform the higher authorities to install plastic pipes to the power lines who in turn would instruct CESC authorities to take necessary steps so that the wild animals would be safe.