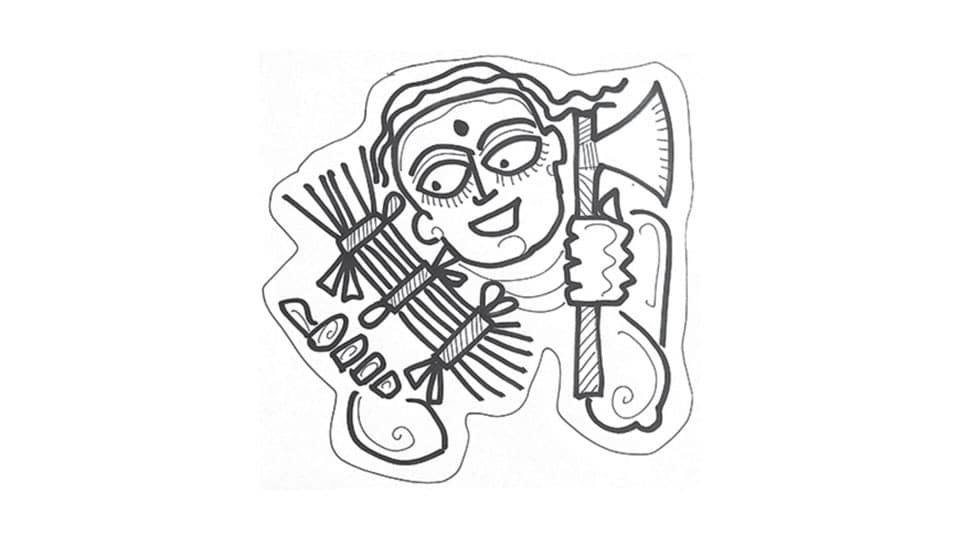 Sankhya and Yoga form the building blocks of Indian philosophy. Sankhya means “enumeration.” To understand this philosophy, we have to compare and contrast it with yoga. Yoga means “union” with “vi-yoga” meaning separation and “su-yoga” meaning “good alignment.”

Now, when things are separated, you can list them into their constituent parts. And what is separated into its constituents can be brought together. Sankhya is analytics and is complemented by yoga which is synthesis. Sankhya is symbolised by an axe that cuts and yoga by a rope that binds.

Matter comprises 18 things. This is the reason why many sacred Hindu texts use the number 18. For example, Mahabharata has 18 chapters. Gita has 18 chapters. The recurrence of the number 18 points towards the 18 constituents of the material world, as listed in Sankhya. These are the five elements — earth, fire, water, wind, sky or radiation.  Then the five sense organs which sense the world around us — eyes, ears, nose, tongue, and skin. And then the five action organs with which we engage with the world — our hands, feet, genitals, mouth and anus. So, one can say these are the five raw materials, five input organs, five output organs, that makes it 15.

READ ALSO  A Family in a Temple

This is followed by the mind. The mind is where all information is stored, like the memory of computers. Then comes Buddhi, or intelligence, which can distinguish and evaluate all things stored in the mind by comparing one information with another. Finally comes Aham, the ego, our sense of self, based on assumptions, cravings, insecurities and knowledge. Aham determines how Buddhi should evaluate data received: what is pleasurable and what is painful, what is opportunity and what is threat.

Some have included an additional five to this list — ability to see, touch, hear, smell and taste. Others argue these cannot be separated from the sense organs. So 18 remains the major divisions of matter.

In yoga, you make yourself aware of these 18 elements in your body. After the act of analysis, you approach synthesis. To recognise that which is being joined becomes the purpose of yoga. If you don’t know what has been split, you will not know what has been joined. This is the basics of Sankhya.

Note that Sankhya does not refer to any God or divine being. That is why Sankhya school was sometimes considered nastika or atheist. Buddhists saw purusha as a dependent, not an independent entity. It was dependent on the correct combination of matter. So what is called soul and consciousness has no independent entity. This is why Buddhism was also considered nastika, that which does not believe in the soul.

READ ALSO  Is Shiva the Destroyer of Evil?