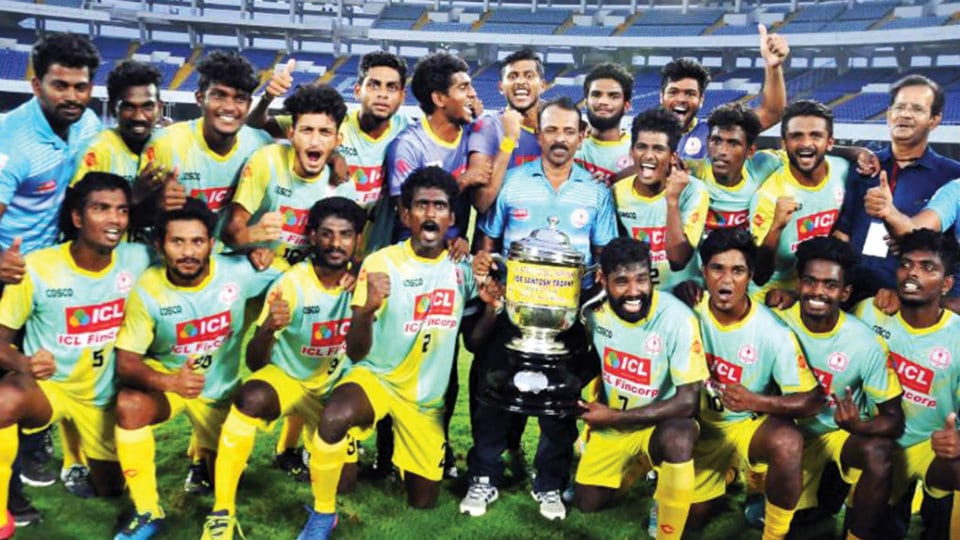 Kerala beat defending champions Bengal 4-2 in the tie-breaker after the final ended 2-2 in extra time to win the 72nd edition of the Santosh Trophy Football Tournament at the Vivekananda Yuba Bharati Krirangan (VYBK) here yesterday.

Bengal’s Tirthankar Sarkar scored late into injury time to take the game to penalties. Kerala kept a spotless record in the penalty shoot-out to win their sixth title.

Ankit and Nabi Hussain Khan missed the first two attempts for Bengal as Midhun pulled off a save on both occasions. Tirthankar and Sanchayan Samadder’s conversion did not help as Kerala had a 100 percent record with Rahul V. Raj, Jithin Gopalan and Jestin George all scoring.

For the final kick, Jiten Murmu took on the gloves but S. Seesan shot past the striker to deliver Kerala their first Hero Santosh Trophy after a thirteen-season gap.