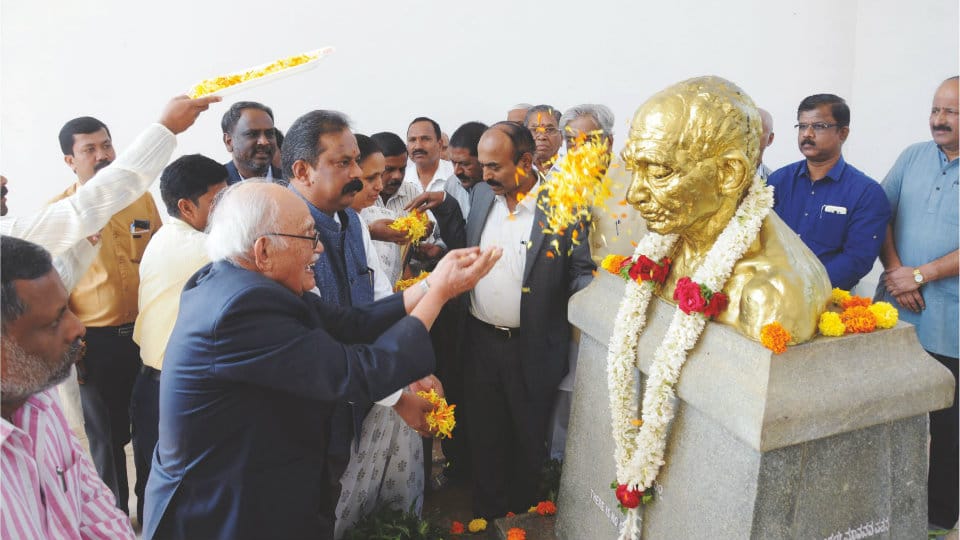 Mysuru:“In today’s world of conflicts with bomb blasts killing thousands of innocent people, the time has come to overcome this by peace resolutions and I have been suggesting setting up of a Peace Chair in the University of Mysore since a long time. However, I am disappointed that no one is prepared to hear my voice,” said nonagenarian Prof. B. Sheik Ali, former Vice-Chancellor of Goa and Mangalore Universities. He was speaking after inaugurating the 70th Sarvodaya Day (Martyrs Day) organised by Centre for Gandhian Studies and Department of Social Work at the Gandhi Bhavan in Manasagangothri campus, here this morning.

“India is the best country in the world, Karnataka is the best State in the country, Mysuru is the best city in State and Gandhi Bhavan Study Centre in Manasagangothri campus is the best department,” said Prof. Ali.

Gandhiji always followed the path of peace, non-violence and truth and he had to pay with his life. The Mahatma always believed that God resides in all of us whether he is a Hindu, Muslim, Christian. “Gandhiji not only followed the path of Ahimsa but he also believed in Bhakti Marga as he saw that in everyone’s house every morning, people prayed irrespective of the faith they belonged to,” Prof. Ali said.

The ex-VC called upon the youth and the people in the Universities to spread the message of Peace of Gandhiji through the social media, internet, print and electronic media. “Just as Gandhiji had enormous self-confidence all of us should also have that confidence to fight the divisive forces,” he said. 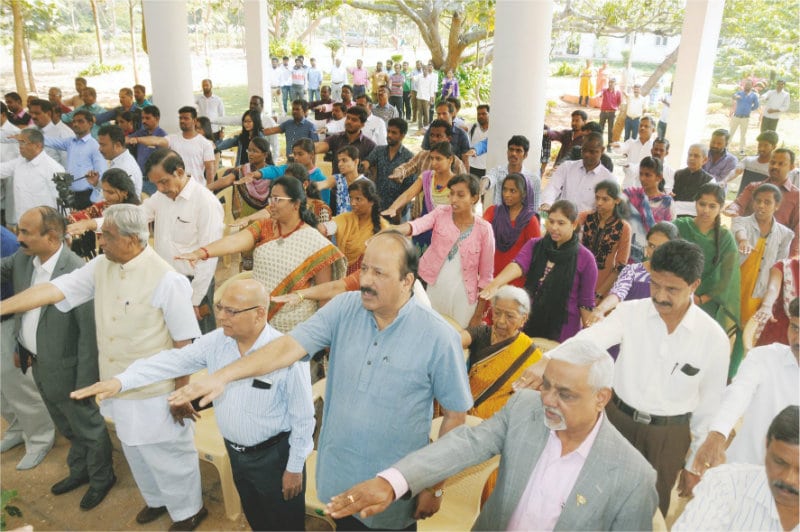 In-charge Vice-Chancellor Prof. C. Basavaraju said that Gandhiji’s teachings of truth and non-violence are as relevant today to people all over the world as it was during the time when the country gained its independence. “Gandhiji always laid stress on human values and strove to ensure that self-determination and equality reached all strata of society,” he said.

Gandhi Bhavan Director Prof.M.S. Shekar said that a separate library containing Gandhi’s works should be set up. “There are 15 students who are doing a Post Graduate Course on Gandhi and many students have also opted for it under the Choice Based Credit System. This goes to show that Gandhiji will always be relevant to the society,” he said. Registar D. Bharathi, Registrar (Evaluation) Prof. J. Somashekar also spoke.

Pourakarmika Poovamma was felicitated. The students and the faculty took an oath on truth and non-violence. Gandhiji’s favourite hymns Vaishnava Jana To Tene Kahiye and Raghupati Raghava Raja Ram were sung on the occasion.