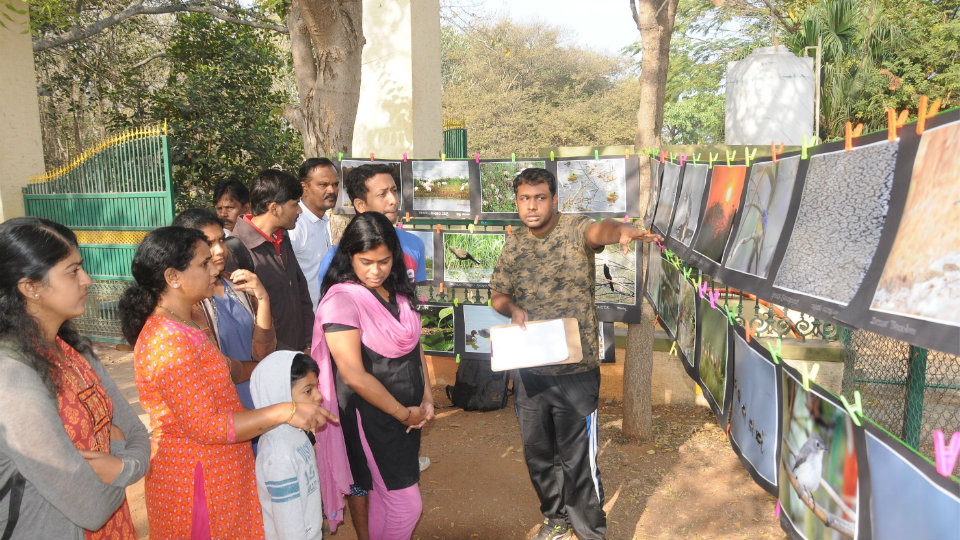 Save Kukkarahalli Lake campaign heats up

The desiliting and de-weeding works of the iconic Kukkarahalli Lake by the District Administration and the University of Mysore has met with serious opposition by environmentalists and walkers. A massive protest will be organised at the Deputy Commissioner’s Office on Feb. 28 from 10 am to 1 pm to draw the attention of the authorities.

Addressing a press conference at the Pathrakarthara Bhavan in city this morning, water expert U.N. Ravikumar, who is also the member of Kukkarahalli Lake Advisory Board, said that the desilting works in summer will cause irreparable damage to the water body.

On Feb. 23, environmentalists and eco volunteers gathered at the Fish Stall entrance of the Lake and silently protested against the desiliting works. “It is illogical to desilt and de-weed Kukkarahalli Lake at this point as the water will get spread and will be absorbed or will be vaporised. Also, there is no inflow of fresh water into the Lake. This will kill thousands of birds and we want to prevent this by launching the agitation and other campaigns,” eco-volunteers said.

U.N. Ravikumar said that the District Administration and the University authorities were destroying the lake that is a model water body for Karnataka. “We have come together under the banner of ‘Kukkarahalli Ulisi Samithi’ and we will launch campaigns to save it,” he said. The Administration has not been able to prevent sewage entry and has not cleaned the feeder channels, he added. The Administration should clean and desilt the Paduvarahalli side of the Lake, he added. He expressed fears of desilting having an adverse impact on the retention capacity of the Lake.

He also pointed out that the many species of birds that flock the lake would have no source of water if desilting work was not stopped. Although sewage flow from the UoM and Karnataka State Open University was diverted from the lake a few years ago, sewage from the Vani Vilas Water Works continues to flow into the lake, he added. 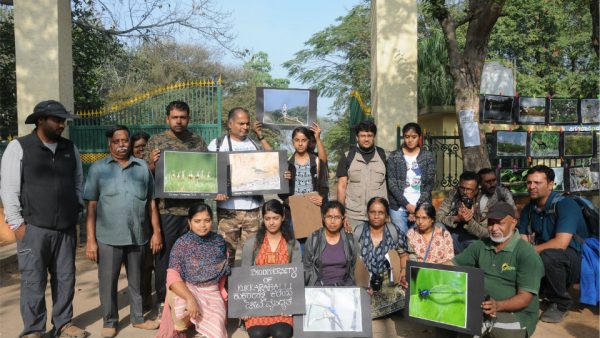 Sensing opposition to the development works, Deputy Commissioner D. Randeep had issued orders to temporarily halt desilting works. But the works resumed yesterday after the administration found that all the necessary permissions had been obtained for the project. Tension prevailed inside the lake yesterday when the activists, opposed to the ongoing desilting work and those in favour of it came face to face. There was an argument between the two groups, before they resolved the dispute among themselves.

A delegation from the Mysore Grahakara Parishat recently met Dayanand Mane, in-charge Vice-Chancellor of UoM, the custodian of Kukkarahalli Lake, and Deputy Commissioner Randeep. The delegation told them that the works at the lake would sound the death knell for the water body since the water level would recede.

The delegation pointed out that the Poornaiah Nala, the lake’s feeder canal, was encroached upon, owing to the development of various layouts, and sewage water entering the tank from Paduvarahalli side was diverted, resulting in decreased inflow to the lake.

The University of Mysore and the district administration are jointly implementing the Rs. 3 crore project of which Rs. 65 lakh has been reserved exclusively for desilting. The work on the lake started on Feb. 14 and the authorities are planning to construct toilets, boating jetty, entry arches and shelters on the tank bund. Once the silt is removed along 2.5 km of the lake bund, the lake is expected to hold more water increasing the width. However, those opposing the project say that desilting during summer will deplete the water level and will kill the bird species.