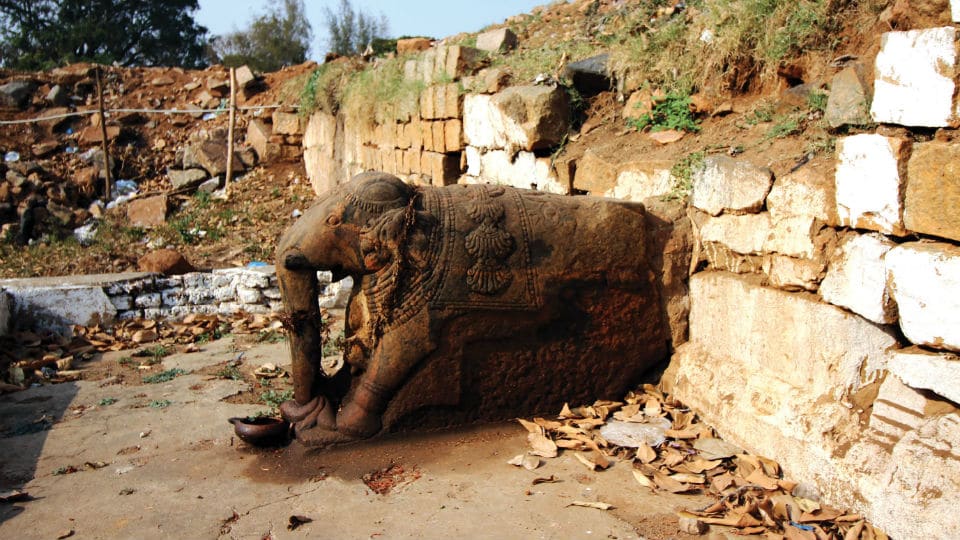 The Gajendra Moksha Kalyani is said to have been built around 1,200 years ago as part of an expansion plan of the Ranganathaswami Temple that was built about 1,400 years ago. Some say that there used to be a pond where the present Kalyani is located.

There is a story that inspired the pond to be converted into a Kalyani. Once there was an elephant (Gajendra) who was an ardent devotee of the Lord Ranganathaswami. One day, the elephant entered a pond to bathe and its leg was caught by a crocodile. This crocodile was once a human being who had been cursed by a Sanyasi to be born in the next life as a crocodile. 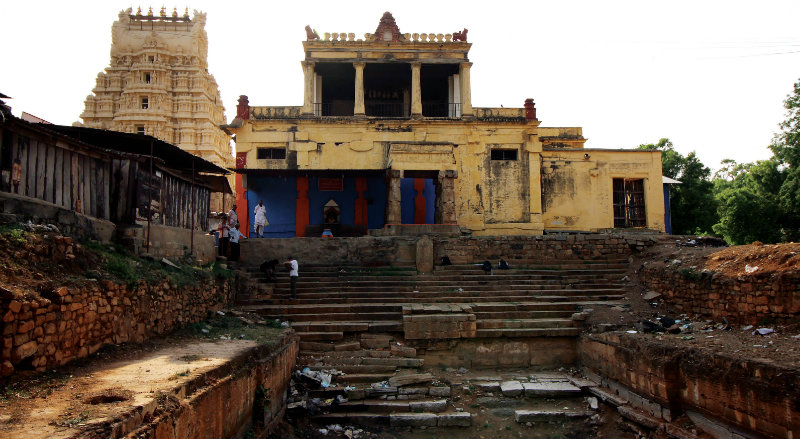 The elephant cried out in pain and prayed to Lord Ranganathaswami and the deity appeared and cut the crocodile’s head thus freeing the elephant from its grasp. At this moment, the Lord freed both the crocodile and Gajendra, granting them Moksha (liberation) – Gajendra Moksha. 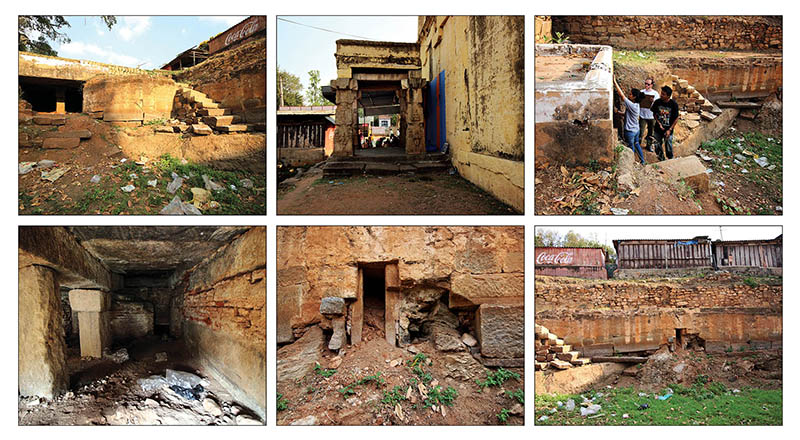 Remains of demolished temples from the Kalyani surroundings.

Since the construction of the Kalyani, Rathotsava of Lord Ranganathaswami has always begun from that point as it is considered to be auspicious and the presence of the elephant sculptures within the Kalyani adds to the auspiciousness.