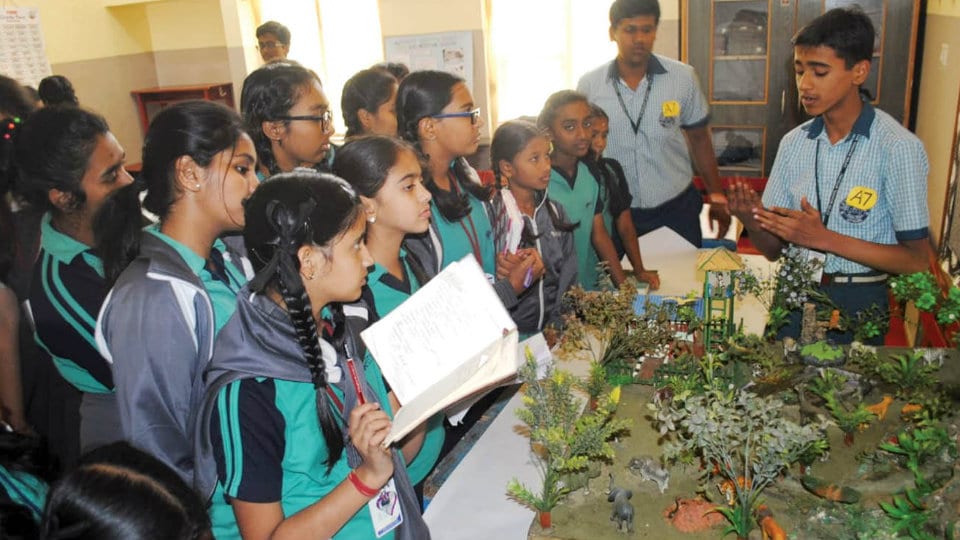 Mysuru: Scientific temper was on full display as participants demonstrated working models based on the theme ‘Science, Technology and Innovation for a Clean, Green and Healthy Nation’ at the District-level science fair Vignana Vihar held at Kautilya Vidyalaya on Friday. Around 30 schools from the district participated.

Chief guest Satish Chandra, Administrative Officer, JSS Medical College, motivated students to expand their horizons in their quest for knowledge. He encouraged them to remain abreast of current affairs in order to be a notch higher over others.

Two teams were awarded prizes for each of the five sub-themes. Revanth Rajeev of BGS Pandavpura claimed the grand prize while Inchara and Manasa of Vijaya Vittala Vidyashala finished runners-up as the best presentations across all sub-themes.