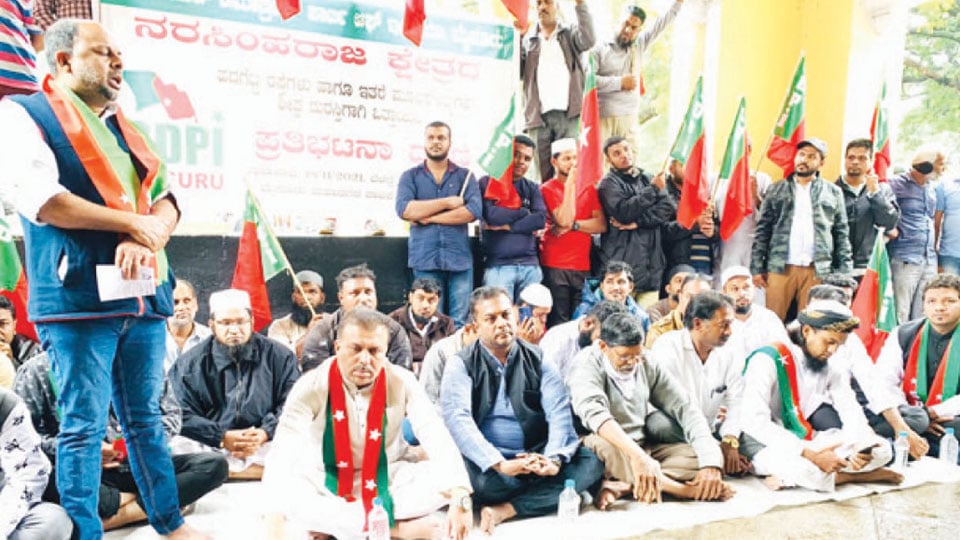 Mysore/Mysuru: Claiming that most of the roads in N.R. Constituency of the city had turned into bad shape due to incessant rains that has been lashing the city for the past several days, activists of SDPI (Social Democratic Party of India) staged a demonstration in front of the MCC Office here on Thursday, demanding immediate action for repair of roads.

Contending that apart from the poor condition of roads, the Constituency is dotted with heaps of garbage, wastes  and debris, they maintained that uncleared garbage posed a serious health hazard for residents of the locality. Maintaining that dumped wastes are getting rotten with heavy showers continuing to lash  the city, the protestors said that heaps of garbage have become a breeding ground for mosquitoes and flies which has triggered a fear of outbreak of epidemic diseases.