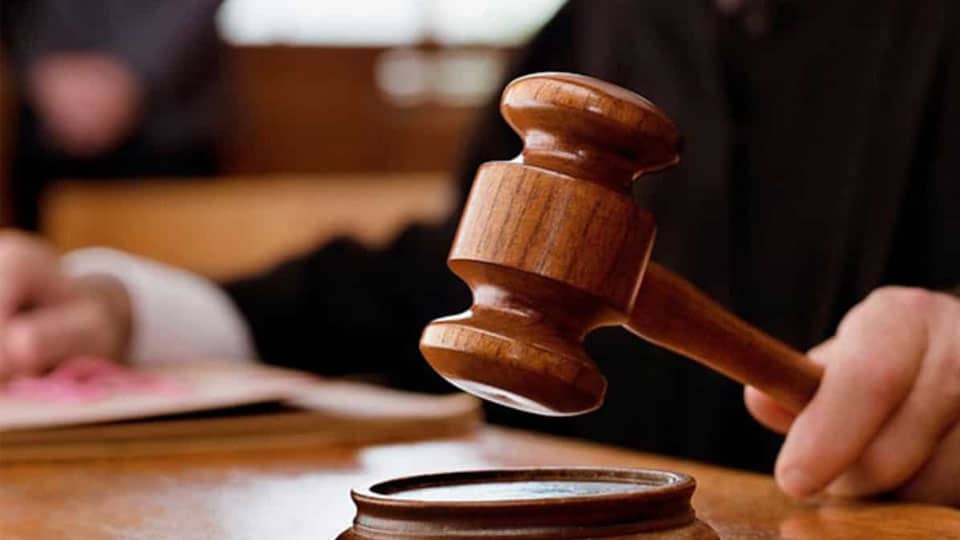 Mysore/Mysuru: The First Additional District and Sessions Court has sentenced a man to 20 years rigorous imprisonment and has imposed a fine of Rs. 50,000 after he was found guilty of sexually assaulting a minor girl.

The accused, who was sentenced, is Noorulla and the Court has imposed a fine of Rs. 25,000 on the second accused (a woman, who was staying with the victim) under POCSO Act. The accused, who used to frequent to the woman’s house, had sexually assaulted the minor girl, when the woman was not present at the house. The accused had also taken the minor girl to Bengaluru and Saudi Arabia and had committed the crime there too.

Though the woman knew about it, she had remained silent and had kept it secret, which came to be known during Police investigation and hence the woman was named as the second accused in the case.

The then Mandi Police, who had registered a case, conducted investigation and had submitted a chargesheet to the Court.

Judge Shayma Khamroz, who heard the arguments, found accused Noorulla guilty of the crime and sentenced him to 20 years rigorous imprisonment besides imposing a fine of Rs. 50,000. The Judge has imposed a fine of Rs. 25,000 on the woman (2nd accused) and ordered Rs. 70,000 from the fine amount be given to the victim and has also ordered the District Legal Services Authority (DLSA) to provide a compensation of Rs. 5 lakh to the victim.