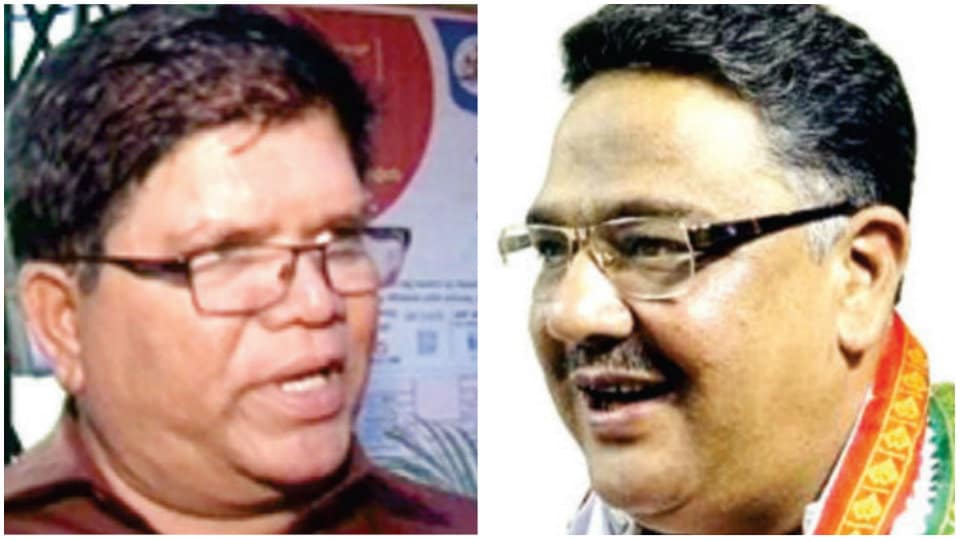 Shantaraju of Mysuru among seven arrested for threatening Minister

SC/ST Employees Association Hon. President Shantaraju of Mysuru, is one among the  seven arrested.

Shantaraju, along with his associates, met Tanveer Sait at his chamber at about 4.30 pm yesterday and urged the Minister to cut down the eligibility requirement for SC/ST candidates by 5 percent. But the Minister expressed his helplessness saying that the appointment notification had already been issued and even the deadline for submission of applications had ended. But Shantaraju, getting upset over the Minister’s reply, verbally abused Tanveer Sait and threatened him, besides attempting to assault him. Later, Tanveer Sait’s Personal Assistant (PA) Ravikumar lodged a complaint with Vidhana Soudha Police, following which the  Police booked Shantaraju and  his six associates under various sections of the IPC.

All the seven arrested were produced before the Court, which remanded them to Judicial custody.

Meanwhile, Tanveer Sait said that the Government had issued a notification in 2015 for appointment of PU lecturers, for which 41,000 candidates had applied. But the notification was later cancelled for technical reasons. But soon after becoming Minister, he re-issued the notification, setting Apr. 6 deadline and 55 percent minimum marks in the qualifying exam as eligibility.

But Malavalli MLA P.M. Narendra Swamy, speaking in the Assembly Session, sought a 5 percent cut in minimum marks for SC/ST candidates, which was turned down by him citing that the notification had already been issued. Even the Assembly had agreed his (Sait) contention. But on Tuesday, Shantaraju and his associates stormed into Sait’s chamber and verbally abused and threatened him. As this sort of behaviour cannot be tolerated, his (Sait) PA lodged a complaint with the Vidhana Soudha Police.