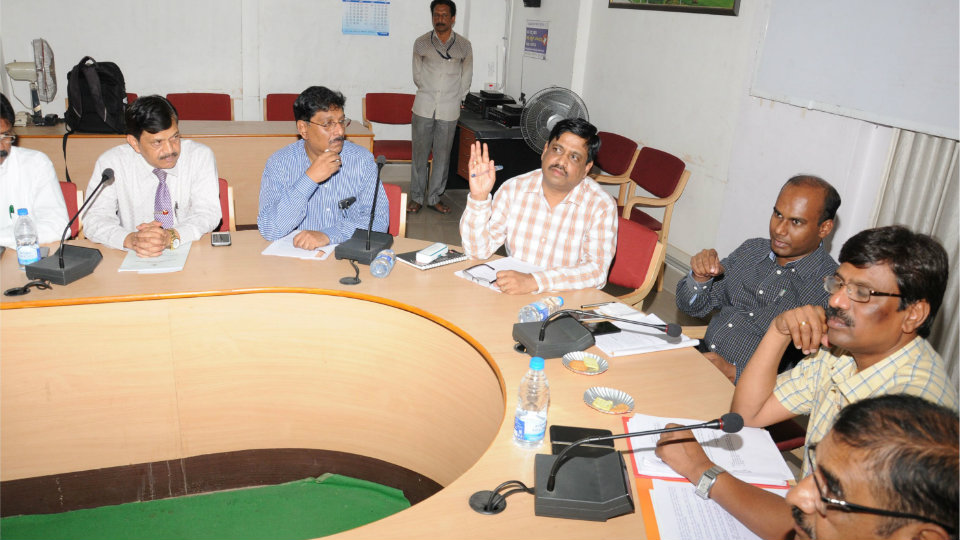 In the wake of increase in cases of sickle cell anaemia among Soliga tribes in Mysuru, Chamarajanagar, Kodagu, Chikkamagalur and Dakshina Kannada districts, the Government has sent a directive to the District Administration to take remedial steps. In that context, Deputy Commissioner D. Randeep held a meeting of Health Officials and other Officers at his Office here this morning.

Deliberating on the action plan made, Randeep said that a Nodal Agency or an NGO with an expert Pathologist and a Medical Officer would be constituted for each district. They would be entrusted with the responsibility to visit the aforementioned five districts to draw blood samples from people in the age group of 5 to 21 years to be brought to city and checked for sickle cell anaemia.  The positive cases would be immediately treated. All the records would be documented on a computer. Two female and one male Health Assistant would assist the operation.

The District Health Officer will review the progress every month. The blood tests would be done on the same day of collection, explained Randeep.