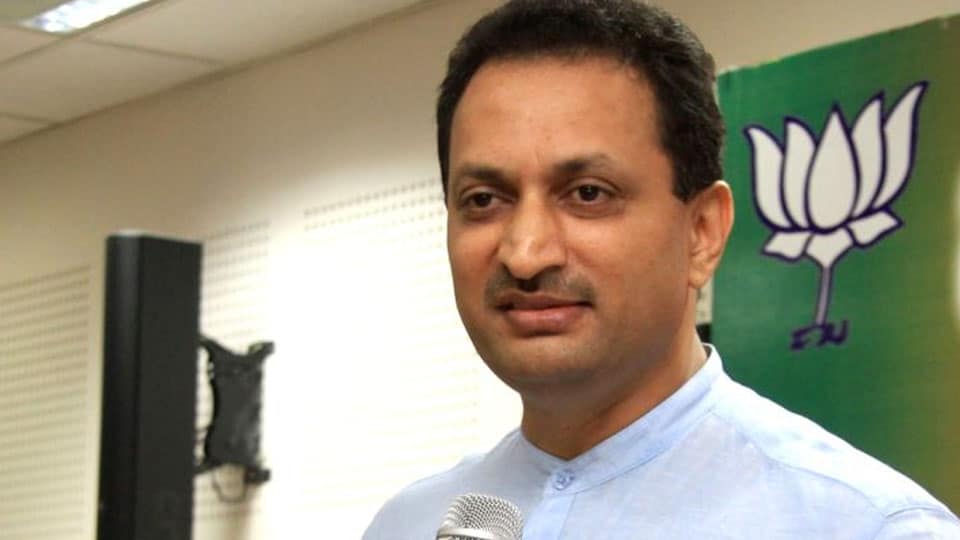 Bagalkot: No-holds-barred attacks have already begun in a poll-bound Karnataka with leaders of political parties launching scathing personal attacks. This time, it is Union Minister of State for Skill Development Ananth Kumar Hegde who is famous for making controversial statements.

Addressing the BJP ‘Parivartana’ rally at Bagalkot yesterday, Ananth Kumar Hegde attacked the CM in a crass way. “Siddharamaiah will do anything for votes. All he needs is votes and nothing else. For this, ‘Siddanna’ is using those so called littérateurs, who have just written a few words and who thrive on political patronage for survival, to deliver speeches in his (CM’s) favour,” Hegde said.

Continuing his tirade against Siddharamaiah, the Union Minister said that the CM had made a few littérateurs his puppets and their only job is to sing peans for the CM. “Their hollowness will not last long. Traitors who bomb the country and these half-baked littérateurs pose a great danger to India. However, their evil designs will not succeed,” he declared.

“Siddharamaiah is the king of dreams and he does not dream black and white. He sees colourful dreams of Meti (former Karnataka Minister H.Y. Meti who resigned over a sex scandal). When everybody dreams of Kannada in the month of November, Siddharamaiah dreams of Tipu Sultan. Earlier, the CM used to dream about former CM B.S. Yeddyurappa and Union Minister H.N. Ananth Kumar. Now-a-days, he gets to see me in his dreams,” he sarcastically said.

READ ALSO  Do not print my name in Tipu Jayanti invitation: Union Minister

“The CM is spending sleepless nights following the BJP’s Parivartana Rally and he is getting bad dreams as he has looted the State. Do we need a leader who goes to temples after having non-vegetarian food,” he questioned.