Home » News » ‘Siddharamaiah’s attitude was unbecoming of a CM’ 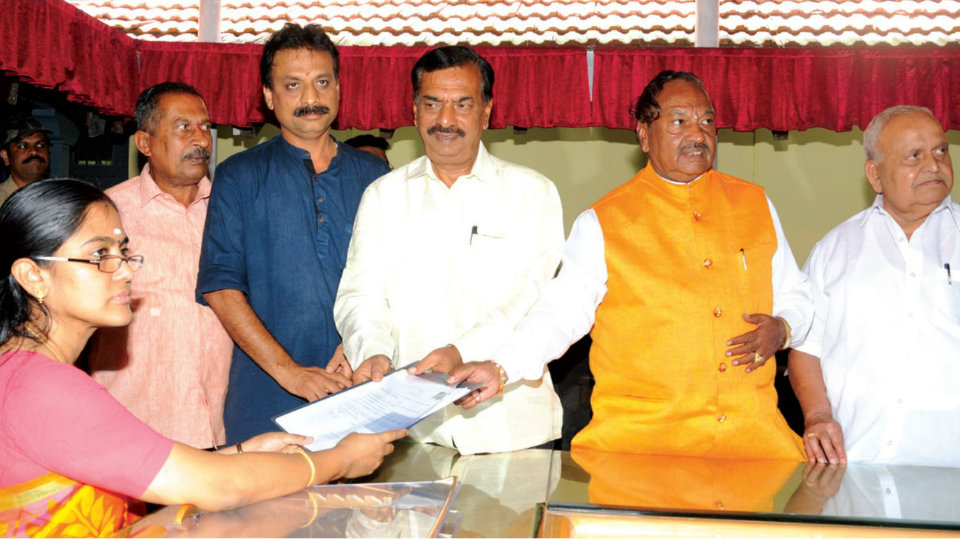 ‘Siddharamaiah’s attitude was unbecoming of a CM’

Speaking to press persons on the sidelines of the Regional Commissioner’s office here yesterday where party candidate Ayanur Manjunath had filed his nomination for the Legislative Council Poll from South West Teachers constituency, Eshwarappa observed that just as infants born with multiple deformities do not survive for long, the Congress-JD(S) coalition Government too will not last.

Accusing the Congress of riding piggy back on JD(S), which managed to bag just 38 seats, Eshwarappa regretted that the BJP which was the single largest party, lost in the game of numbers.

Dismissing reports of ‘Operation Kamala’ to poach Congress and JD(S) MLAs, the BJP leader said that the party was open to anyone who supports the leadership of Prime Minister Narendra Modi.