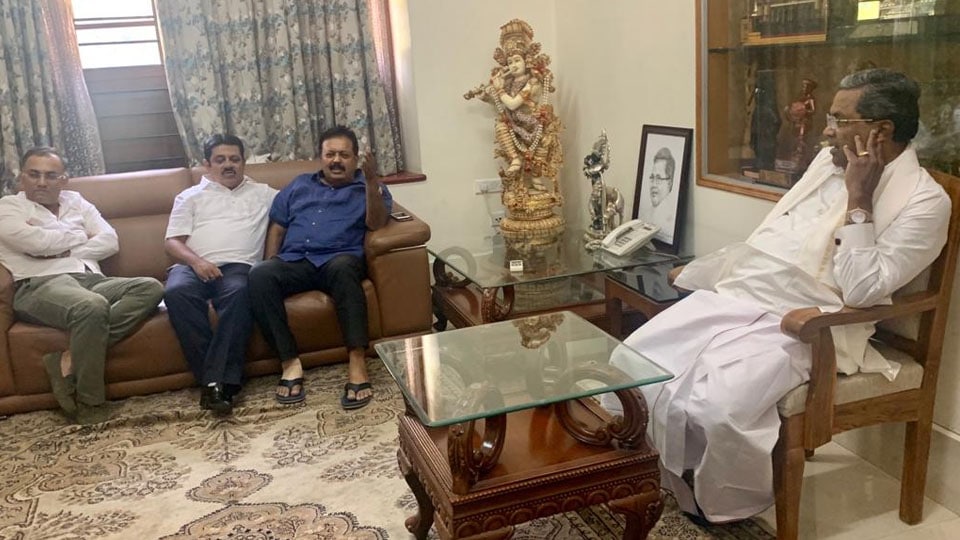 Bengaluru: While Congress-JD(S) leaders in Mysuru put up a united face on Sunday as a show of strength, former Chief Minister and CLP leader Siddharamaiah’s meeting with dissident Congress leaders from Mandya at the State capital yesterday failed to end the deadlock.

The Congress High Command, after taking note of some Congress leaders and workers openly campaigning for independent candidate and actress Sumalatha Ambarish, wife of late actor-turned-politician Ambarish, had tasked CLP leader Siddharamaiah of making the party leaders fall in line. But as the ‘rebel’ Congress leaders, who stuck to their stand, the meeting remained inconclusive.

Despite the best efforts of top Congress leaders, the rebels were unrelenting, which left Siddharamaiah disappointed, it is learnt.

Former MLAs Cheluvarayaswamy, Ramesh Babu Bandisiddegowda, P.M. Narendraswamy and other Congress leaders from Mandya, KPCC President Dinesh Gundu Rao, Minister Zameer Ahmed Khan and other top Congress leaders attended the meeting. As the talks failed, Siddharamaiah is said to have told the ‘rebel’ leaders that he would talk to JD(S) supremo H.D. Deve Gowda and CM H.D. Kumaraswamy to sort out issues and convene another meeting on Monday night, which would be a decisive one.