Home » News » Siddu’s Road Show in the dusk at Chamundeshwari 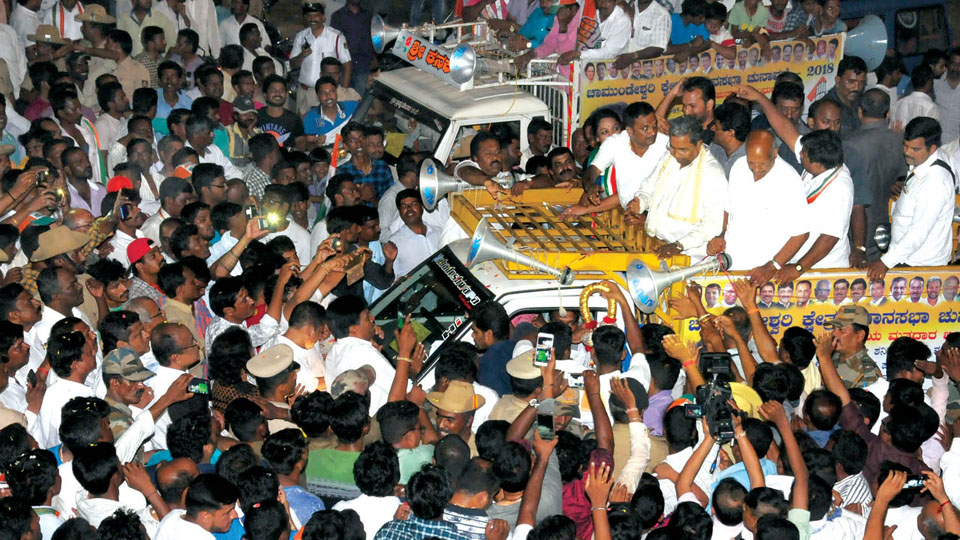 Siddu’s Road Show in the dusk at Chamundeshwari

Mysuru:  Chief Minister Siddharamaiah, who arrived in city last evening, campaigned briskly in Chamundeshwari Constituency which went on till late in the night.

Before the campaign, the CM, addressing a public meeting at Sharadadevinagar Circle, recalled that he had contested from Chamundeshwari Constituency seven times and had won five times. He sought the co-operation of the voters to be elected again and render service. He expressed utmost confidence in Congress coming back to power.

Indicating that this is his last election he would be contesting, Siddharamaiah sought the blessings of the people.

Later, the CM called on the Congress activists who were allegedly injured in clashes at Naganahalli at K.R. Hospital and enquired about their health. He also assured that the attackers would be nabbed soon.