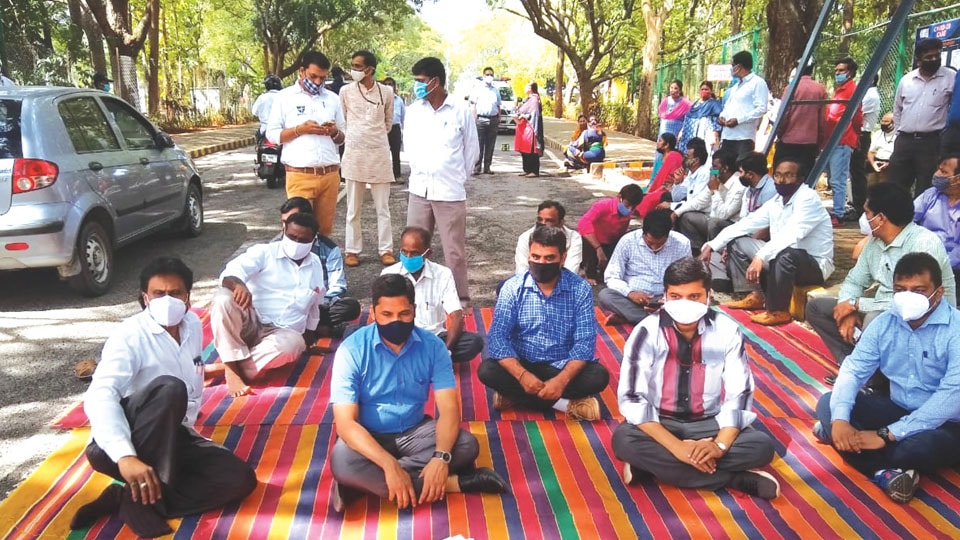 Maintaining that the State Government had failed to release its share (85 percent) of their salaries for the months of August, September and October, the protesters said that they were put to a lot of hardship due to non payment of salaries.

Noting that the College management has paid its share of 15 percent, they said that repeated representations to the Higher Education Minister and all other concerned Departments seeking timely release of salaries, have yielded no result. Condemning the Government’s negligence towards their plight, the protesters urged the Government to immediately release pending salaries and not to make any  delays in future.