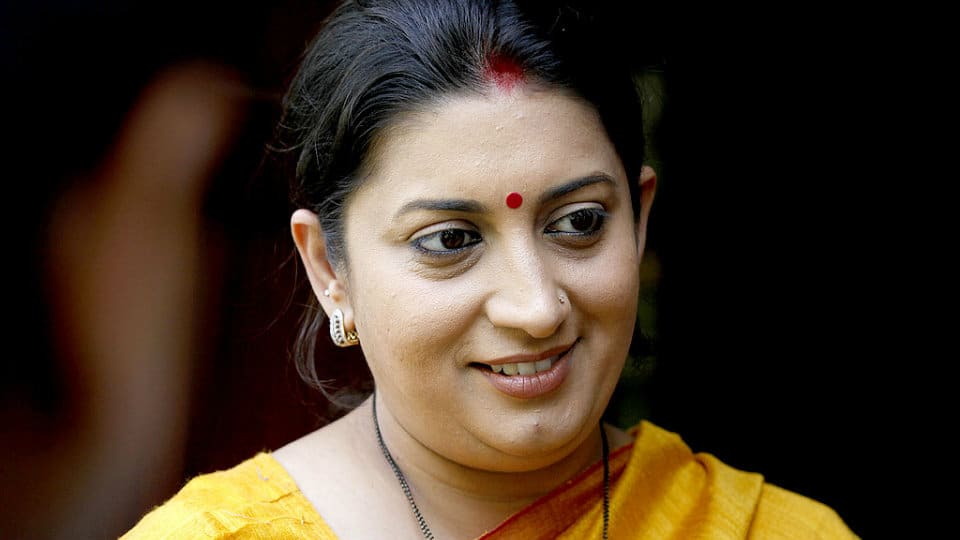 Smriti Irani gets additional charge of Information and Broadcasting

New Delhi: Textiles Minister Smriti Irani will hold additional charge of Information and Broadcasting while Rural Development Minister Narendra Singh Tomar will also be responsible for Urban Development, the PMO tweeted today. Irani and Tomar have been given charge of the Ministries held by M. Venkaiah Naidu, who was yesterday named the Vice-Presidential candidate of the BJP-led ruling National Democratic Alliance.

Irani, who once held the Human Resource Development portfolio, is the fourth Minister to take charge of the crucial I&B Ministry in the Modi Government, which was sworn-in on May 26, 2014.

Prakash Javadekar was named the I&B Minister in May 2014. Five months later, Finance Minister Arun Jaitley was given the additional charge of the Ministry and Javadekar was given the Environment portfolio. In June 2016, Naidu was given the charge of I&B Ministry. Jaitley continues to double up as the Defence Minister. PM Narendra Modi is expected to make changes in his Cabinet as several Ministers are holding more than one portfolio. The reshuffle is expected after monsoon session of Parliament that ends August 11.