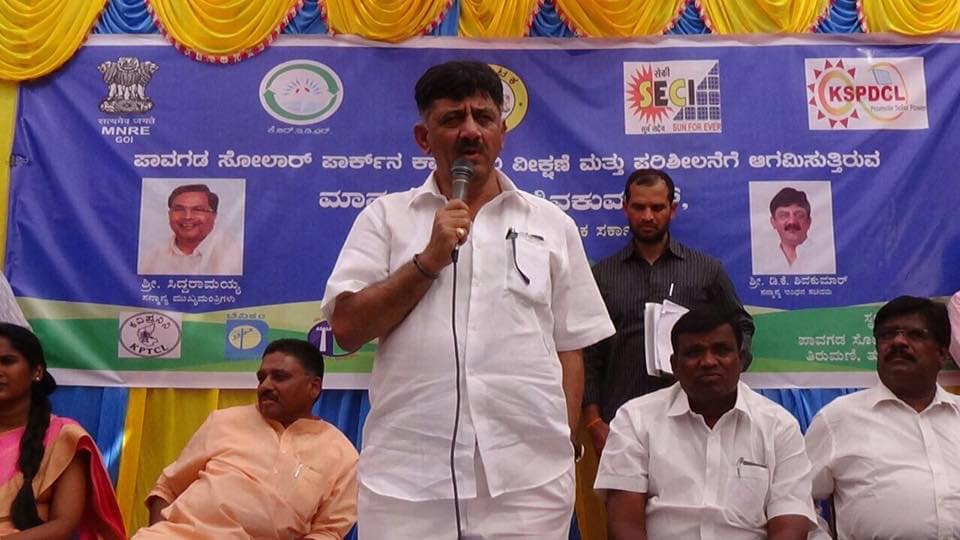 The works on the construction of 2000 MW Solar Park at Nagalamadike Hobli in Pavagada Taluk in Tumakuru district is being taken up on a war-footing and the plant will begin to generate 500 MW electricity by August this year, said Energy Minister D.K. Shivakumar yesterday.

Speaking to media persons after inspecting the works, he said that State Government will be utilising 12,000 acre land for the park and added that instead of acquiring the land from farmers, the Government has entered into an agreement and will be paying Rs. 21,000 as rent per acre land and the amount will be hiked by 5 percent every two years.

Minister Shivakumar further said, “Prime Minister Narendra Modi was surprised with us being successful to set up the Park in 12,000 acre without land acquisition.”

The basic facilities including the power distribution line at the Park is being provided at a cost of Rs. 810 crore which is expected to be completed by September. This apart, the Government also plans to construct 8 solar power generation and distribution centres of 270 KV each. The Energy Department will purchase the bundled power at a cost of Rs. 3.30 per unit, said the Minister.

MLC Ugrappa and other officials of the Energy Department were present on the occasion.

ONE COMMENT ON THIS POST To “Solar Park to generate 500 MW electricity by August: Energy Minister Shivakumar”