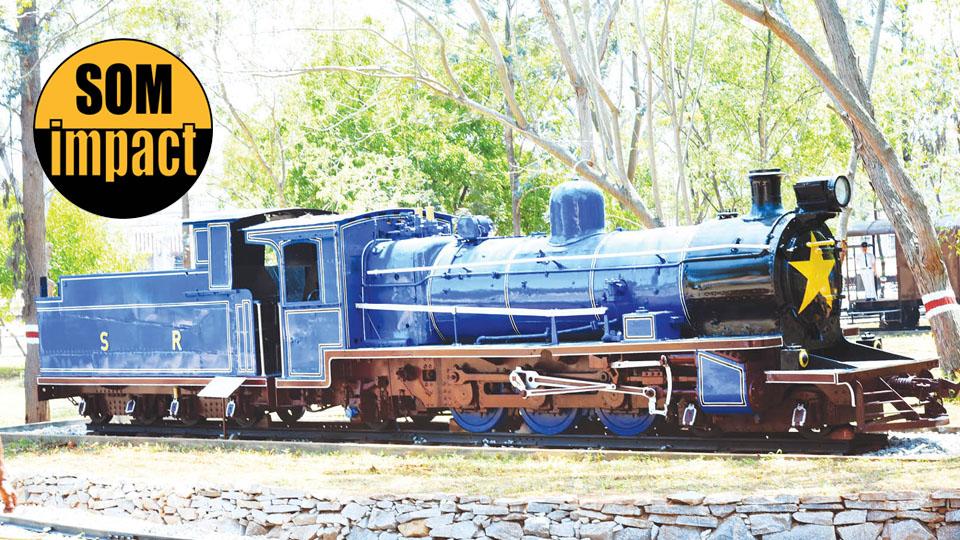 Mysuru:  The South Western Railway (SWR) has shelved plans to shift the vintage steam locomotive from Mysuru Rail Museum to Hubballi to be displayed in front of the SWR Zonal Office.

Star of Mysore had published a report on front page yesterday under the title “Sly Move! Railways quietly moving Royal Vintage Locomotives from Mysuru Rail Museum to other Railway Offices & Museum” and the report had sparked an outrage, forcing the SWR authorities to scrap the plan.

The report highlighted how Mysuru-Kodagu MP Pratap Simha had taken objection to shift the heritage locomotive that had a deep connection to Mysuru and the illustrious history of Wadiyars who ruled the land. Simha had written to Ajay Kumar Singh, General Manager, South Western Railway, to halt plans of moving the vintage attraction.

He had even posted the letter on his Twitter handle inviting hundreds of comments and re-tweets, flaying the Railways’ move. Under pressure, the Railways decided to maintain status-quo. This was the second heritage item that was planned to be moved after the ‘Maharaja’s Saloon’ was donated to the National Rail Museum, New Delhi.

Speaking to Star of Mysore, Pratap Simha said that the Railway authorities have communicated to him that the steam locomotive would not be moved from Mysuru and would remain as an integral part of the Museum. “Not only this locomotive. No other heritage piece will be relocated from the Mysuru Rail Museum,” he said.