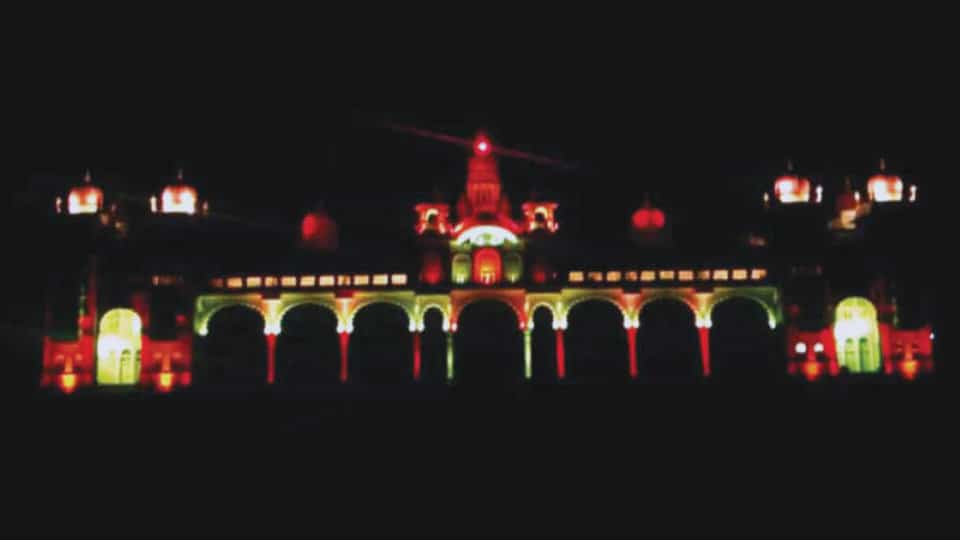 Sound and Light Show at Palace in English from tomorrow

Mysuru: At last, the Sound and Light Show (Son et lumiere) in English at the Mysore Palace will begin from June 6 for the benefit of the visitors and tourists.

The English Shows will be held every Thursday, Friday and Saturday from 7 pm to 8 pm

Kannada Show will be held from Monday to Wednesday from 7 pm to 8 pm. Tickets for the show fixed are Rs.70 for adults and Rs.30 for children (10 to 18 years).

There will, however, be no shows on Sundays and public holidays.

Speaking to Star of Mysore, Mysore Palace Board Deputy Director T.S. Subramanya said that this is the first time that the Sound and Light Show is being shown in English. It is the translation from the Kannada version. However, it has taken more than seven years to finally get the English version ready and with this more foreign visitors are likely to witness the show, he hoped.