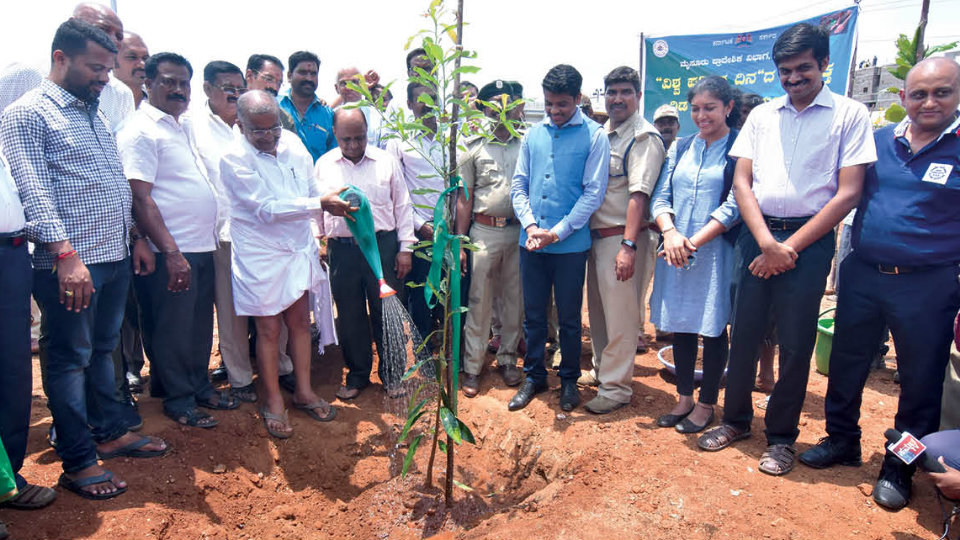 Mysuru: There is a paramount need to protect the environment at the moment, and this is what World Environment Day, which is celebrated every year on June 5, highlights. This year, the theme is ‘Air Pollution’.

As part of the World Environment Day in Mysuru, an event was held at Organisation for Development of People (ODP) at its premises in Bannimantap. Former MLC D. Madegowda called upon city dwellers to contribute their mite for conservation of environment, prevention of polluting land, air and water as well by planting trees and adopting environment-friendly lifestyle.

As many as 80 higher primary school students took part in the painting and drawing competition organised on the theme ‘ill effects air pollution’ at Regional Museum of Natural History (RMNH), Siddarthanagar.

Member Secretary of District Legal Services Authority and District Civil Court Judge B.P. Devamane flagged off a cycle rally organised by Karnataka State Pollution Control Board (KSPCB) in front of DC Office. The rally was aimed at spreading awareness about the importance of cycling to minimise the use of fuel for transportation and other aspects of environment conservation.