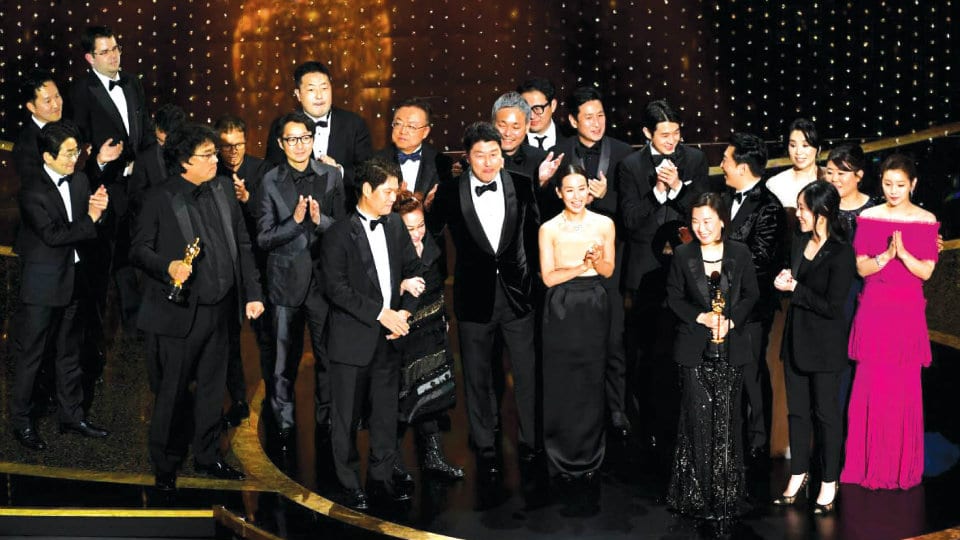 Los Angeles: In a historic victory that highlighted the Academy of Motion Picture Arts and Sciences’ scramble to diversify its voting ranks following the outcry over #OscarsSoWhite, the South Korean thriller ‘Parasite’ won best picture — the first foreign-language film to do so — and collected three other awards, including one for Bong Joon Ho’s direction, at the 92nd Academy Awards (Oscars) ceremony held at Dolby Theatre, here. This year’s ceremony marked the second consecutive year the Oscars went host-less.

Best Supporting Actor: Brad Pitt for ‘Once upon a Time in Hollywood.’

Best Short Documentary: Carol Dysinger,  Elena Andreicheva for ‘Learning to Skateboaord in a Warzone (If You’re a girl).’

Best Production Design: Nancy Haigh for ‘Once Upon a Time in Hollywood.’

READ ALSO  Blunder at the Oscars !