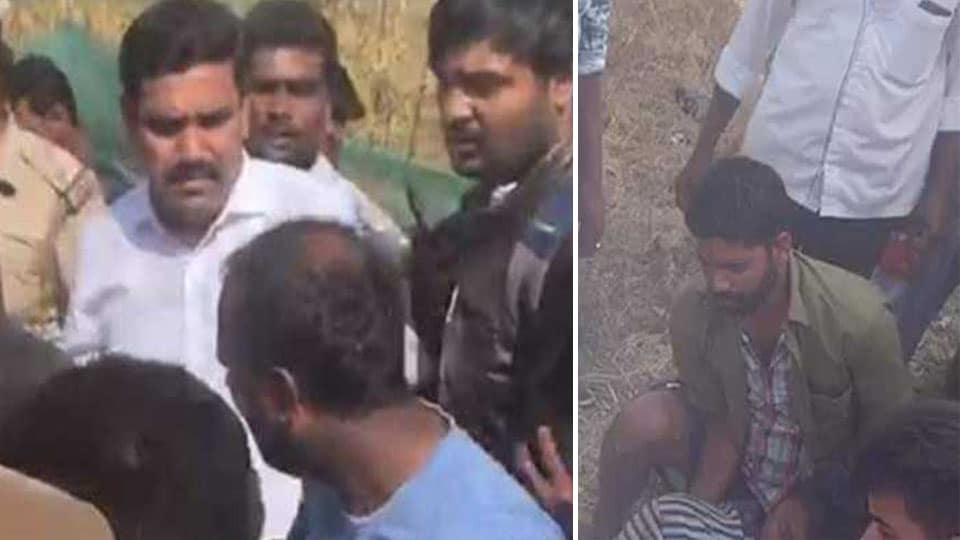 Mysuru/Mysore: One person died, while five others including children suffered injuries in a serial accident, when a Maruti Omni van driven in a rash and negligent manner hit two persons on Mysuru-Bannur Road yesterday afternoon.

The deceased is Pavan Sequeira (27), a resident of Sathagalli and an employee of a private firm and one among the injured is Chandan Shetty, a farm worker.

Pavan’s cousin had taken a farm on lease on Bannur Road and yesterday being Sunday, they had been to the farm. After having his lunch at the farm at about 3 pm, Pavan was watching workers cutting weeds using a machine on the roadside, while Chandan Shetty, a worker was standing at a distance.

While Pavan was standing on the roadside, a speeding Maruti Omni van (KA-55-M-1241), which came from Bannur side, rammed into Chandan and then hit Pavan, who was standing near the farm. Despite this, the driver of the van, who did not slow down proceeded further and again hit a two-wheeler rider and another car.

The driver of the van and the occupants of the van including women and children, who too suffered injuries have been shifted to K.R. Hospital. Varuna Police, who have booked a rash and negligent driving case against the Omni car driver, are investigating.

Meanwhile, Karnataka State BJP Yuva Morcha General Secretary B.Y. Vijayendra, who was on his way from Mellahalli to Lalithadripura to participate in the centenary celebration programme, who came to know about the accident, rushed to the spot and collected information from the injured.

As the ambulance had not arrived at that time, Vijayendra made arrangements to shift the injured to the hospital in his escort vehicle.