Home » News » “Ramdas has no role in ticket denial to me,” says Vijayendra 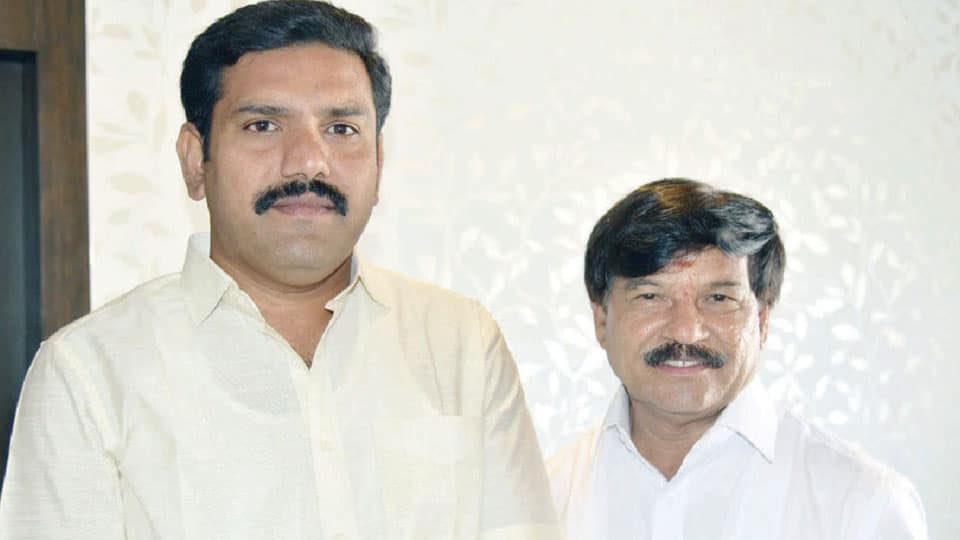 “Ramdas has no role in ticket denial to me,” says Vijayendra

Mysuru: B.Y. Vijayendra, the son of former Chief Minster B.S. Yeddyurappa has clarified that former Minister and present BJP candidate for Krishnaraja Assembly Constituency S.A. Ramdas has no role to play in the BJP denying ticket to him (Vijayendra) from Varuna. He has said that some vested interests are spreading false messages in social media and people must not believe such rumours.

Vijayendra, who is now the BJP Yuva Morcha State General Secretary, has released a video in this regard where he has stated that Ramdas was an honest party worker and will never work against the party’s interests. “Ramdas has no role to play in this and further, I don’t want to blame anyone and no one is responsible for this,” he said.

“The Congress party is indulging in dirty politics by floating rumours about Ramdas. I appeal to the voters of Krishnaraja to support Ramdas as he can strengthen the hands of Yeddyurappa who has to complete another term as CM,” Vijayendra said.

Going a step further, Vijayendra has said that insulting Ramdas was like insulting Yeddyurappa. “There is a conspiracy by Congress party to defame Ramdas and they are trying to shift voters in their candidate’s favour. Some anti-Yeddyurappa groups are also involved in this. I appeal to the voters not to heed to such propaganda and to vote for Ramdas,” he said.