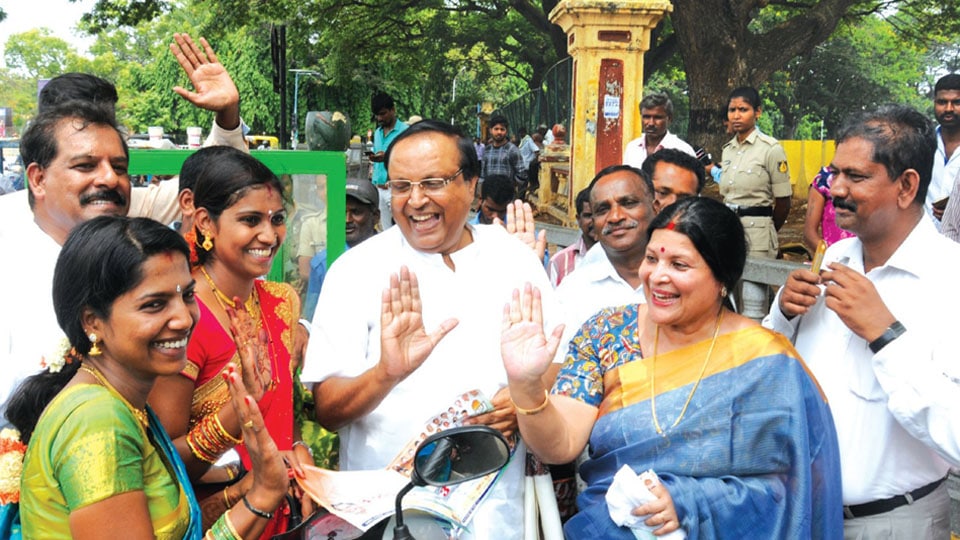 Mysuru:  Cine actors ‘Mukyamantri’ Chandru and Jayamala together with writers Dr. Marulasiddappa and S.G. Siddharamaiah participated in a road show in Chamundeshwari Constituency this morning campaigning for the Congress candidate and Chief Minister Siddharamaiah.

Before commencing the road show, the actors and writers garlanded the statue of B.R. Ambedkar at Town Hall premises.

Speaking on the occasion, Chandru asked the voters to keep communal forces at a distance. He further said that the so called secular force was just a misnomer, misleading the public.

A padayatra was also taken out in  the interiors of the villages. Forum President K.S. Shivaram and others took part in the padayatra. 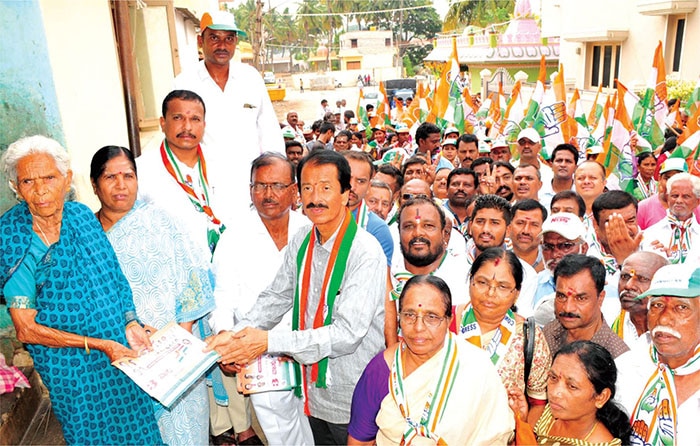