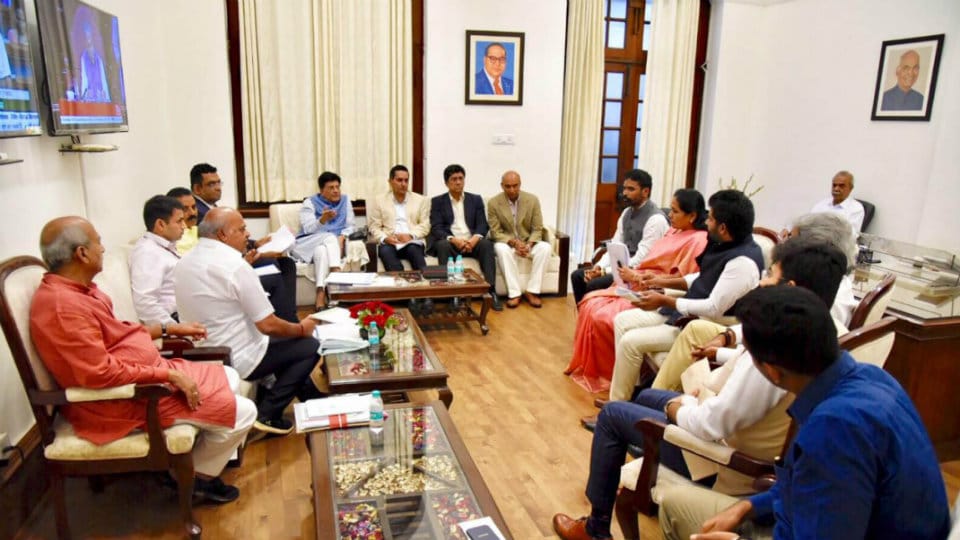 Special Panel to look into woes of coffee growers

Madikeri: Union Minister for Commerce and Industry Piyush Goyal has issued directions to constitute a Special Committee for guaranteeing more powers to Coffee Board Chairman to address the issues faced by coffee planters.

The meeting was held at Parliament Bhavan and Karnataka Coffee Planters Federation represented the coffee planters of Karnataka. Problems faced by the coffee industry were discussed by the Minister.

The Committee will start its work soon after the end of the Monsoon Session in the Parliament in another 15 days and will look into the growers’ problems. The Committee members will visit the coffee plantations  in Kodagu, Hassan and Chikkamagalur to understand the ground realities and the problems faced by the coffee growers. On the basis of the report filed by the Committee, the Central Government will formulate programmes for coffee growers, the Minister said.

Hit by natural disasters, lack of production and perennial labour problem, coffee growers from Kodagu have been demanding interest waiver on all loans. According to growers, this is an important demand due to the huge losses ranging from 35% to 100% that growers have faced last year from massive floods and landslides.

Karnataka Coffee Planters Federation President U.M. Theerthamallesh, who represented the coffee planters of Karnataka, has welcomed the Union Minister’s move to constitute a Special Committee to address the problems of coffee growers. He said that the decisive move will go a long way to safeguard the interests of growers.