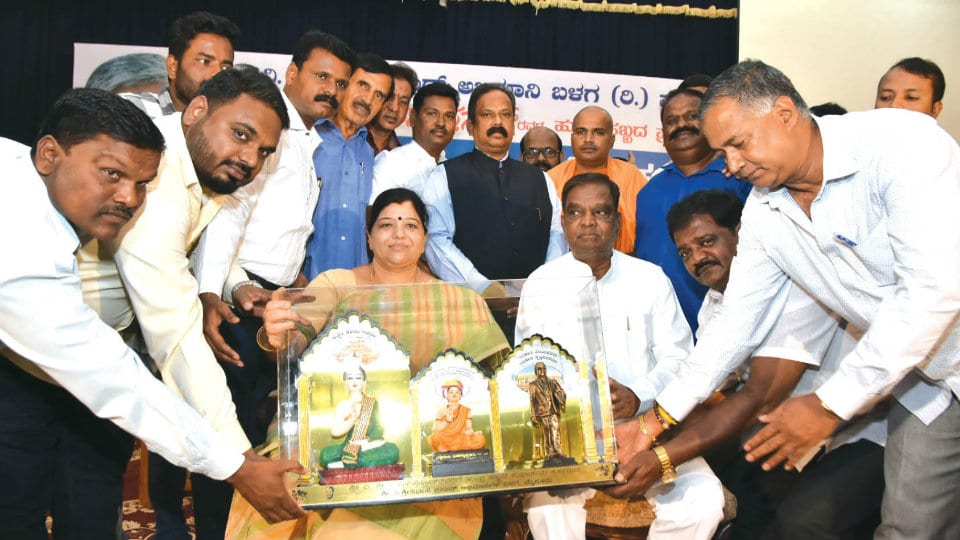 Mysuru: Chamarajanagar BJP MP and former Minister V. Sreenivasa Prasad has welcomed the Centre’s decision to revoke two Constitutional provisions — Article 370 and Article 35(A) — that gave the State of Jammu & Kashmir a host of special rights, saying that such an action was the need of the hour in J&K’s interest.

Speaking to press persons ahead of taking part at the interaction meet organised by V. Sreenivasa Prasad Abhimanigala Balaga as part of his (Prasad) birthday celebration at Rani Bahadur auditorium on Hunsur Road here this morning, Prasad said that the State of J&K was accorded a special status with a purpose. But some vested interests and divisive forces began to misuse Articles 370 and 35(A) that provided special status to the State, which gave rise to violence, hatred, terror etc.

The Centre, taking note of all the worrying developments going on in the State, did the right thing by revoking Articles 370 and 35(A), he said and added that this action was also needed for maintaining national integrity.

Terming the Centre’s decision as a bold and historic one, Prasad said that the revocation will create a conducive atmosphere for overall and integrated development of J&K State.

Maintaining that the Centre’s move will bring peace and harmony to the State, he observed that all concerned should join hands with the Centre for the progress of J&K.

Replying to a question on Karnataka Cabinet expansion, the MP said that Chief Minister B.S. Yediyurappa (BSY) will constitute the Cabinet upon consultation with the BJP Central leaders.

He expressed hope that BSY will give a stable Government in the next three-and-a-half years.

Balaga President P. Nandakumar, General Secretary D. Venkataraju and others were present during the occasion.

Earlier, Prasad celebrated his birthday with children sheltered at ‘Odanadi,’ an NGO at Hootagalli on Hunsur Road, where he was garlanded by former Minister and Chamundeshwari JD(S) MLA G.T. Devegowda.