It is a befitting tribute to the last Maharaja of Mysore Sri Jayachamaraja Wadiyar during his birth centenary year (1919-2019) that a six-foot portrait of his will be displayed at the Statue of Unity Museum in Gujarat.

Statue of Unity, the world’s tallest statue, is a memorial built to the Iron Man of India, Sardar Vallabhbhai Patel, on a river island facing the Sardar Sarovar Dam on the river Narmada in Kevadiya colony, 100 kms from the city of Vadodara.

Sardar Patel played a pivotal role in the unification of India by bringing together nearly 565 Princely States and one of the rulers of the Princely States who willingly acceded his kingdom at that time was Sri Jayachamaraja Wadiyar, the Maharaja of Mysore.

There is also a museum in the premises of the Statue called “Uniting India” and a section on the Princely States titled “Salute States.” The museum project is taken up by EDC Creative Technology Solutions, Bengaluru. EDC Director Sasi Kumar speaking to Star of Mysore said, “The full project has been undertaken by L&T and we were chosen as the vendors for the museum by them. The theme in the museum showcases the contribution of Sardar Patel, his life, childhood and lawyer days, his entry to freedom movement and the role he played as a unifier of the country.”

Since Mysore was one of the leading Princely States, its contribution is going to be recognised by displaying the portrait of the last Maharaja Sri Jayachamaraja Wadiyar, who acceded his kingdom to the Indian Union, said Sasi Kumar.

The portrait where the Mysore Maharaja will be featured is called ‘Princes Portrait Gallery’ and the dimension of the portrait will be 1000 mm width and 1800 mm in height (3 ftx5.10 ft), he said. The bust of Sardar Patel is right at the entrance of theStatue of Unity Museum near Vadodara in Gujarat.

The statue is divided into five zones of which only three are accessible to the public. From its base to the level of Patel’s shins is the first zone which has three levels and includes an exhibition area, mezzanine and roof.

Zone 1 contains a memorial garden and a museum. The second zone reaches up to Patel’s thighs at 149 metres, while the third extends up to the viewing gallery at 153 metres. Zone 4 is the maintenance area while the final zone comprises the head and shoulders of the statue. 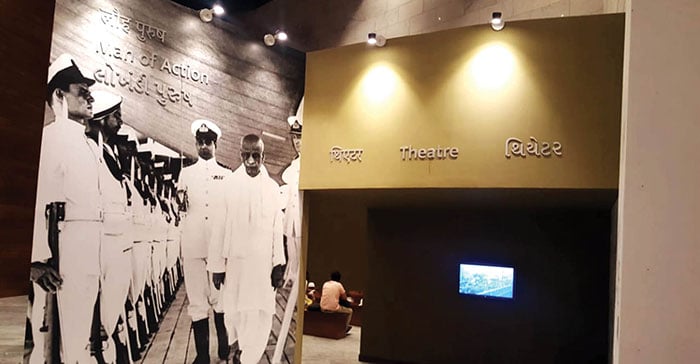 Pramoda Devi Wadiyar, wife of the late scion Srikanta Datta Narasimharaja Wadiyar, is very happy that the portrait of her father-in-law Sri Jayachamaraja Wadiyar will be featured in the Statue of Unity Museum.

“I am very happy that this recognition is coming at a time when the birth centenary of my father-in-law will be celebrated. It is also a befitting tribute to the Maharajas of Mysore for their contribution to  nation-building. It was because of Sardar Patel, the Iron Man of India that the unification of the Princely States happened smoothly and peacefully. Otherwise I do not know how much longer it would have taken,” she said speaking to Star of Mysore. 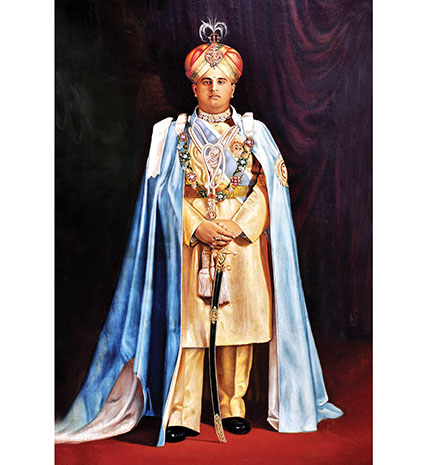 This is an oil painting of Sri Jayachamaraja Wadiyar in GCSI (Grand Commander Star of India or Knight Grand Commander) robes displayed at Jaganmohan Palace, Mysuru.

Pramoda Devi personally chose the photograph of Sri Jayachamaraja Wadiyar (a high resolution photo) which is displayed at Jaganmohan Palace and was sent to the firm which is doing the work.

“We had plans to complete the museum work by Dec. 25. But since there are too many VVIPs visiting the place, the work is getting delayed. The work is likely to be completed by January next year and everyone can see the portrait of Mysore Maharaja then,” said Sasi Kumar of EDC Creative Technology Solutions.