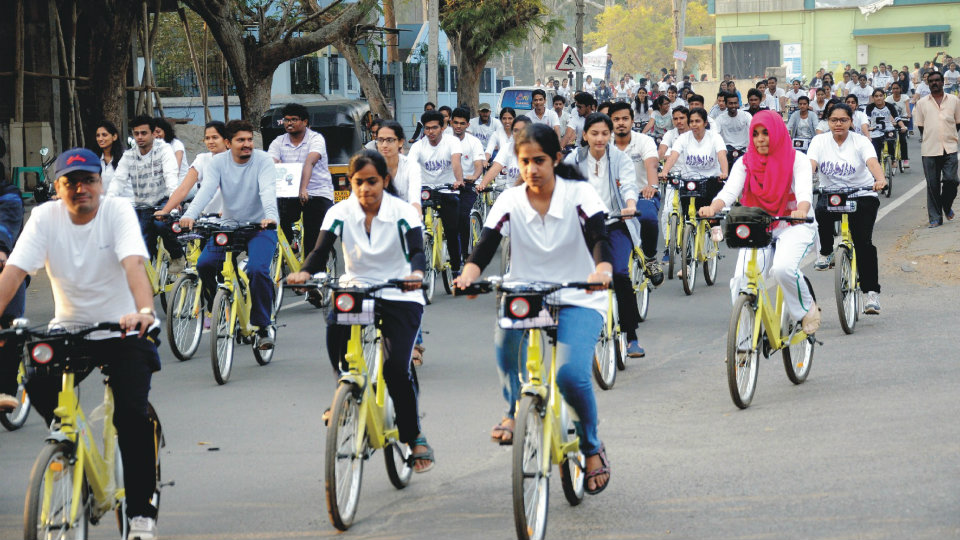 Staff and students of AIISH take out ‘Cycle-a-thon’

A prelude to ‘AIISH Awaz’ to be held in March.

As a promotional activity of ‘AIISH Awaz’ to be held in March, about 300 students and staff of All India Institute of Speech and Hearing (AIISH) took part in a Cycle-a-thon’  organised by AIISH in city this morning.

The event was flagged off by Dr. S.P. Goswami, HoD of Speech and Language Pathology, at MysoreOne Centre near Jayanagar Railway Gate here.

Speaking on the occasion, Dr. Goswami observed that vehicles had outnumbered pedestrians on road, thus rising noise and air pollution. He advised people to switch over to bicycles to preserve environment and for physical fitness.

He recalled that signal lights were very few during earlier days but now they are a necessity at every traffic junction owing to too many vehicles on roads.