Home » Sports » Stage set for IPL Eliminator: Will it be Sunrisers or Knight Riders ? 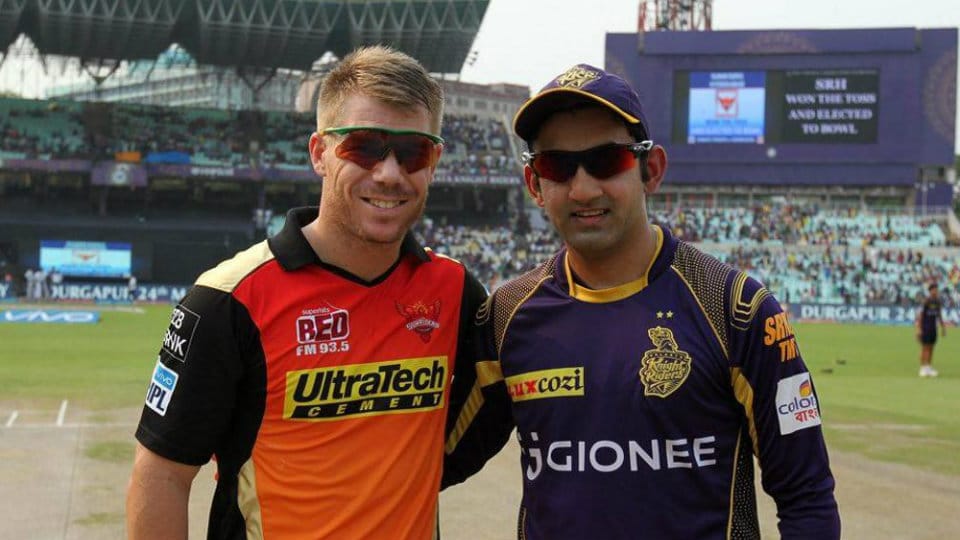 Stage set for IPL Eliminator: Will it be Sunrisers or Knight Riders ?

Sunrisers Hyderabad and Kolkata Knight Riders will contest in the Eliminator, the second of the playoff matches of IPL 2017. SRH finished the league season in third position, while KKR completed the top four; both teams won eight matches, but SRH finished with one additional point courtesy their washed-out match against RCB.

Sunrisers Hyderabad have played good cricket through the season, but a fair assessment would be that they have not played their best cricket yet. When they’ve won, they’ve generally done so fairly convincingly. But they’ve not been able to motor on and stitch together a series of wins; they’ve not been on a series of 3, 4 or 5 wins like some of the other teams which have qualified have done. The team has all bases covered, and it is a question of all things falling in place at the same time. SRH will miss the experience of Ashish Nehra, who has been ruled out because of the hamstring injury he sustained in one of the earlier matches. There are question marks over the participation of Yuvraj Singh, who hurt his little finger in one of the earlier matches, and a decision on his participation will be taken after a pre-match fitness test.

Just past the halfway stage of the league season, KKR held the top position in the table with seven wins from nine matches. But in their remaining five matches, they managed a solitary win and just had enough to make the playoffs. Heading into their final league match, KKR had the opportunity to finish at the top of the table (which had the added incentive of a second shot at qualifying for the final), but they lost that game against the Mumbai Indians, and instead qualified fourth. En route, the team has had injury worries; Robin Uthappa missed a couple of matches, while Nathan Coulter-Nile has missed the team’s last three outings. Both players should be available for this knockout clash, and if they are, KKR will return to their first-choice XI.

Sunrisers Hyderabad are the defending champions and would love to have a shot at defending the title. Will they be able to clear this hurdle and progress further? Both teams, apart from strategizing for each other, will also have to keep an eye on the weather as there are predictions for evening showers.